OPINIONS China will not allow ‘Spanish flu’ mistake to be repeated

China will not allow ‘Spanish flu’ mistake to be repeated

A number of American politicians have repeatedly linked the novel coronavirus to China and even referred to it as “Chinese virus”, drawing strong objections from China, and even some Americans. 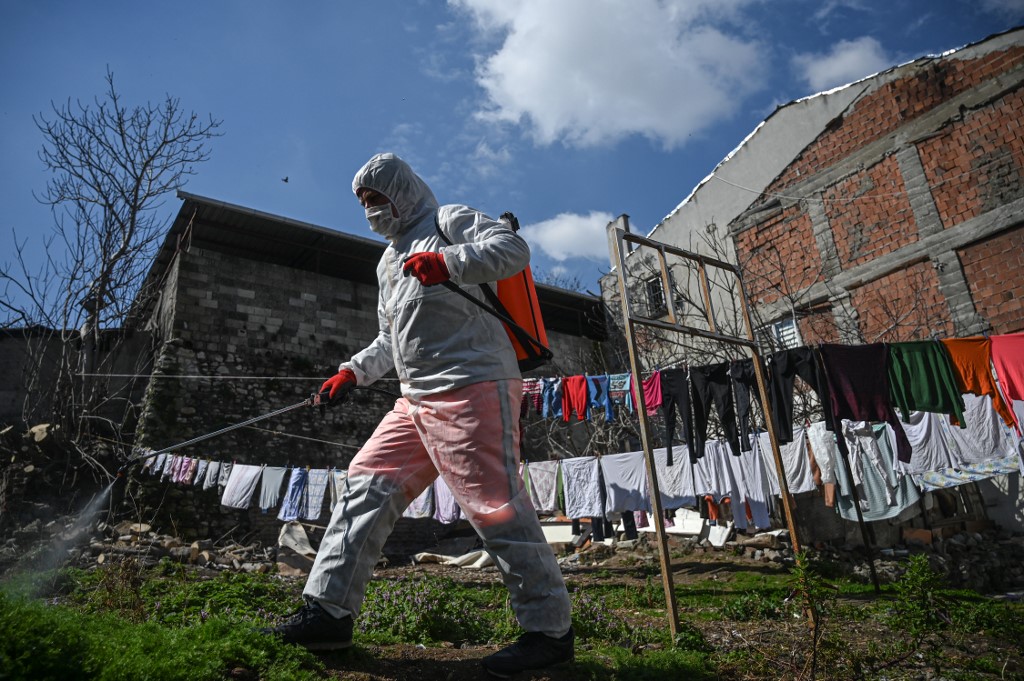 A member of the Fatih Municipality disinfects a garden at a home along a street near the Zeyrek district in Istanbul to prevent the spread of the novel coronavirus, COVID-19, on March 20, 2020. (Photo: AFP)

By stigmatizing China, the US is trying to pass the buck to the country for its mishandling of the fight against the epidemic. The US government has been accused of being inefficient in controlling the epidemic, and US stocks have triggered circuit breakers three times in six trading sessions.

China will resolutely oppose the trick that the US is trying to pull and make sure the historical mistake of the “Spanish flu” will never repeat itself.

That flu, which broke out in 1918, infected 500 million people, and killed between 50 million and 100 million. Ironically, the first recorded “Spanish flu” occurred in America, and the epidemic in Spain was brought over by African mercenaries in France.

However, because the international narrative at that time was dominated by the countries that had won World War I, such as the US, Britain and France, Spain was stigmatized in that epidemic. With the exception of Spain, the international community has basically adopted the name “Spanish flu” and is still using it today.

Although the epidemic today was first reported by China, it is still not known whether it actually originated in the country. Robert Redfield, Director of the Centers for Disease Control and Prevention in the US, admitted earlier that some of the so-called flu patients in America may have actually died of the novel coronavirus. It should be noted that the flu appeared in the US back in September 2019.

Besides, the naming of an epidemic shouldn’t take into consideration where it originated. It is a consensus around the world that the name of an infectious disease should not be used to stigmatize any specific country.

Any attempt to discredit China is doomed to fail, and any action that harms China's interests will surely be opposed by China.