US politicians' accusations against China show sick and twisted mind 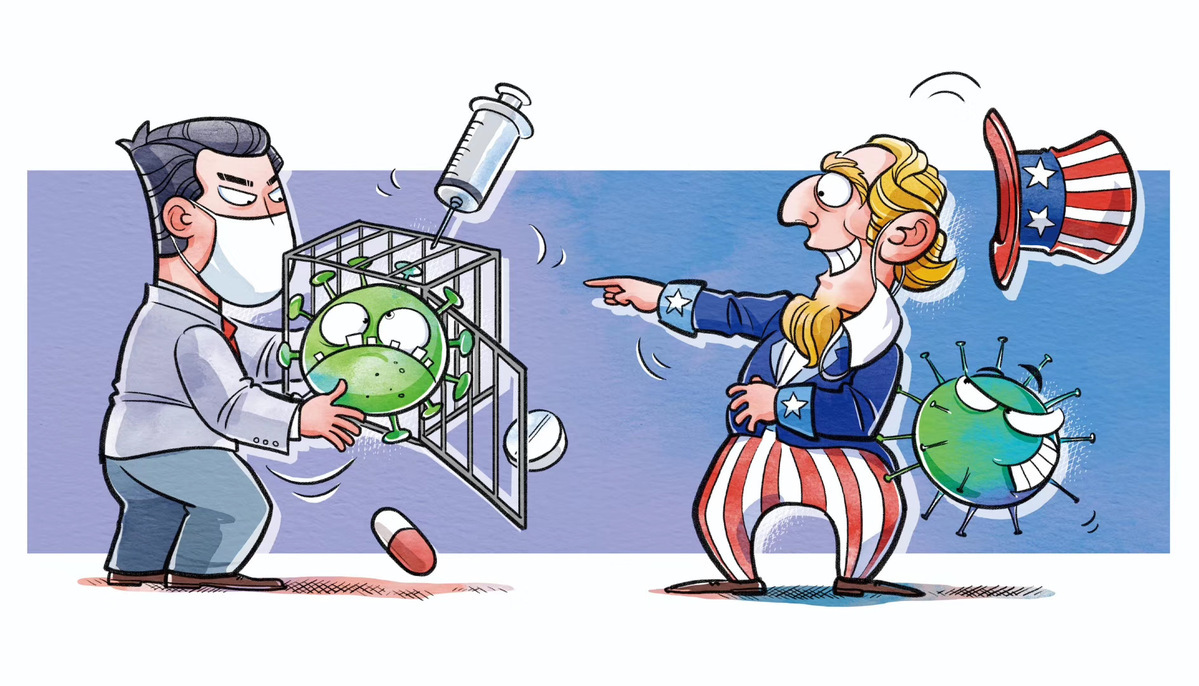 Currently, the US is reporting the highest number of confirmed COVID-19 cases and fatalities in the world. The American government has drawn strong criticism from both home and abroad for failing to take prompt action to curb the pandemic.

In the eyes of some US officials, however, this serious situation is proof that the government has taken effective anti-epidemic measures. The government would be doing "a very good job” if it kept the number of COVID-19 deaths in America to 100,000, US President Donald Trump said.

At the same time, some Americans have accused China of handling the pandemic poorly, even when the country has contained the spread of the virus and resumed work and production. They are trying to hold China accountable and have even claimed compensation from China.

While rational voices in the international community have acknowledged China's efforts and contributions to the fight against the epidemic, the US has continued to defame and slander China, revealing its sick and twisted mind.

Despite having no professional background or practical experience, some US officials have brazenly made irresponsible and ridiculous remarks amid the outbreak, such as recommending the injection of disinfectants into the human body to fight the coronavirus.

US Secretary of State Mike Pompeo and other politicians have recently started the rumor that the coronavirus outbreak originated in a laboratory in Wuhan, China. However, the Office of the Director of National Intelligence in the US and Anthony Fauci, Director of the National Institute of Allergy and Infectious Diseases in the US have already stated that the virus could not have been artificially or deliberately manipulated.

In fact, some American politicians are well aware that they have been inept in combating the virus and may be abandoned by the electorate, which is why they have gone out of their way to make the World Health Organization (WHO) or China scapegoats for their own incompetence.

For some US officials, there are obviously ulterior motives behind these accusations. These include preparing for the 2020 presidential election scheduled to be held in November, spreading the "China threat" theory and pushing unilateralism, thus reducing its responsibilities to international organizations.

Somehow, combating the pandemic and saving lives seem to be missing from the plans of some Americans, showing their indifference to life.

It's unfortunate yet understandable that many American people can be fooled by the clumsy tricks of some US officials. After all, they have gained access to public resources and have no difficulty manipulating public opinion and using ordinary people for their own benefit.