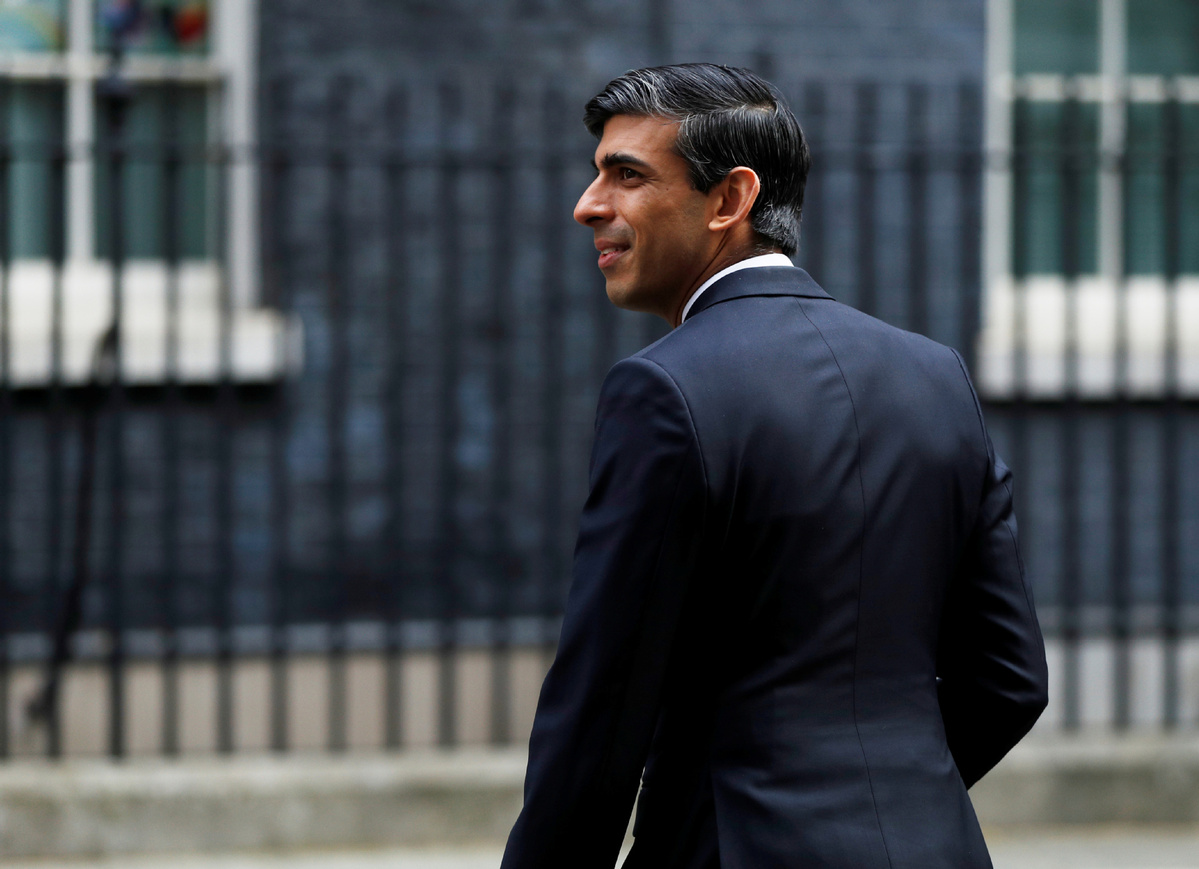 Chancellor of the Exchequer Rishi Sunak is seen as he arrives at Downing Street, following the outbreak of the coronavirus disease (COVID-19), London, Britain, May 13, 2020. (Photo: Agencies)

LONDON - British Chancellor of the Exchequer Rishi Sunak warned Wednesday that Britain faces a "significant recession" after official figures showed the country's economy shrank by 2 percent in the first quarter of the year.

"Technically a recession is defined as two quarters of negative GDP, we've now had one...so yes, it is now very likely that the UK is facing a significant recession at the moment and this year," Sunak told Sky News Wednesday.

British GDP was estimated to have fallen by 2.0 percent in Q1 2020, compared with the last three months of 2019, the largest quarterly fall since the last quarter of 2008, according to data released by the ONS.

"The quarter-on-quarter decline in GDP in Q1 was the biggest since a 2.1 percent drop in Q4 2008, even though the lockdown only began nine days before the end of the quarter...Much worse is to come," said Samuel Tombs, chief UK economist in Pantheon Macroeconomics, a British macroeconomic research provider.

Meanwhile, when compared with the same quarter a year ago, the country's GDP shrank by 1.6 percent in Q1 2020, with the biggest drop since the fourth quarter of 2009.

"This release captures the first direct effects of the coronavirus (COVID-19) pandemic, and the government measures taken to reduce transmission of the virus," said the ONS.

Another 494 COVID-19 patients have died in Britain as of Tuesday afternoon, bringing the total coronavirus-related death toll in the country to 33,186, the Department of Health and Social Care said Wednesday.

As of Wednesday morning, 229,705 have tested positive for the novel coronavirus, the department said.

Earlier in the day, British Prime Minister Boris Johnson told MPs in the House of Commons (lower house of the parliament) that 144 National Health Service (NHS) staff and 131 care staff have died from COVID-19.

He then unveiled an extra 600 million pounds (733.8 million U.S. dollars) for infection control in care homes to fight the disease.

"The number of outbreaks is down and the number of fatalities in care homes is now well down. We are making progress," he told MPs.

Chairing the Downing Street daily press briefing, Secretary of State for Housing, Communities and Local Government Robert Jenrick told reporters that it's "essential" care homes are given the support they need and deserve.

"I don't underestimate the challenge" faced in them, he said, adding "there is more we can do."