WASHINGTON, May 14 (Xinhua) -- Senator Lindsey Graham, a South Carolina Republican, on Thursday rejected U.S. President Donald Trump's demand that his predecessor, Barack Obama, should be called to testify before Congress on the origins of the so-called Russia investigation.

"I think it'd be a bad precedent to compel a former president to come before the Congress," Graham, a close ally of Trump, told reporters on Capitol Hill. "That would open up a can of worms and for a variety of reasons I don't think that's a good idea."

But Graham, chair of the Senate Judiciary Committee, announced on Thursday that the panel will start hearings in June on the FBI's investigation into alleged Russian election interference and Trump's 2016 presidential campaign.

In a tweet on Thursday morning, Trump tagged Graham, urging him to ask Obama to provide testimony about what the incumbent said "the biggest political crime and scandal in the history of the USA, by FAR."

Trump and his conservative allies have recently ramped up attacks against the Obama administration, after the Department of Justice's controversial move to drop its case against Michael Flynn, a senior advisor to his 2016 campaign and his administration's first national security adviser.

Flynn admitted in Dec. 2017 that he lied to the FBI about his discussions, including of U.S. sanctions against Russia, with Russian ambassador Sergey Kislyak, but has since sought to withdraw that plea, claiming that he was the victim of prosecutorial misconduct.

On Wednesday, Republican lawmakers released a list of names declassified by Acting Director of National Intelligence Richard Grenell, which showed that former Vice President Joe Biden and other top Obama officials requested the "unmasking" of Flynn's name from an intelligence report.

"I was never a part, or had any knowledge of any criminal investigation into Flynn while I was in office. Period. Not one single time," Biden said during an interview with MSNBC on Thursday night.

The move has sparked sharply different reactions, as some Republicans accused the Obama administration of abuse of power in order to go after a political opponent, while Democrats argued that the requests are not uncommon and were approved through standard process.

Biden and Trump are respectively the Democratic and Republican presumptive presidential nominees for this year's election. 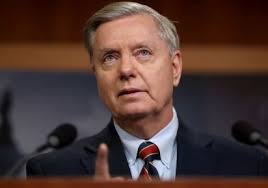