BUSINESS China's cinemas are allowed to reopen amid crisis

China's cinemas are allowed to reopen amid crisis 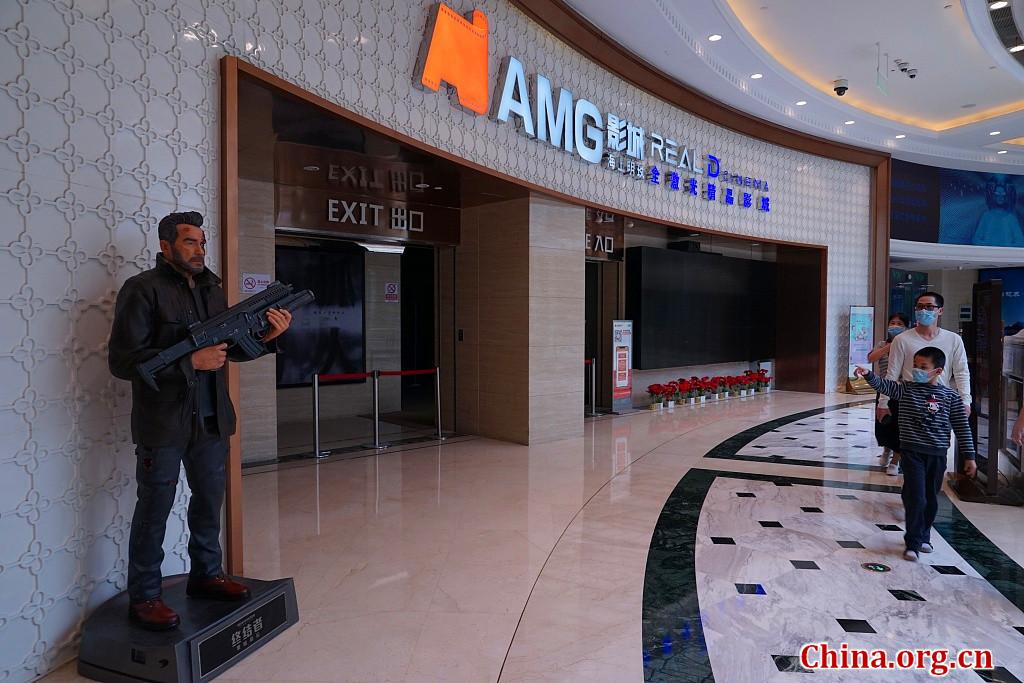 The world's second largest film market, shut down for more than three months, will be allowed to reopen under the condition of implementing COVID-19 prevention and control measures.

Shi Xiaoming, head of the National Institute of Environmental Health of the Chinese Center for Disease Control and Prevention, speaking at a press conference in Beijing on Wednesday, said regions with a low epidemic risk rating could reopen confined venues such as theaters.

He suggested theaters should disinfect and ventilate on a regular basis, prepare medical supplies and a suitable emergency plan, as well as the system to monitor the health of their staff. For audiences, he suggests strict online ticketing, dispersed seating, wearing of a face mask, one meter wide social distancing when people line up for tickets, merchandise and snacks.

In addition, the message was "reduce your dates with your friends; better to go alone or only accompany your own family," he said, adding: "Don't talk and communicate too much with people inside the venues, especially avoid any gathering for conversations."

Shi also stressed the theaters in medium- and high-risk regions, "we suggest the theaters remain closed, and do everything according to local requirements and regulations."

His statement raised a glimmer of hope for the Chinese film industry, after the State Council issued new guidelines on May 8 that China's public places and entertainment venues, from theaters, gyms, libraries, to museums and art galleries, could reopen if they follow COVID-19 prevention protocols like limiting visitor numbers and introducing relevant prevention measures.

The new guidelines stress that epidemic prevention and control in China has shifted from emergency response to a regular task.

The Chinese film industry was hit pretty hard this year due to the epidemic. The most profitable Spring Festival film season is gone, while according to statistics compiled and released by the Economic Daily on April 15, since the beginning of 2020, 5,328 Chinese film and television companies have been closed down or have suspended operations.

On April 29, Wang Xiaohui, head of the China Film Administration, told a work conference that the estimated losses in box office are projected at 30 billion yuan for the whole year.

On Wednesday, the Ministry of Finance and China Film Administration jointly issued two policies to boost the industry. One is to exempt the national film industry development special fund levy from Jan. 1 to Dec. 31 for Hubei province, epicenter of the epidemic, and from Jan. 1 to Aug. 31 for other provinces and municipalities. The other policy is to exempt cinemas from added-value tax for the whole of this year.

Previously, every Chinese film production has to first submit a 5% share of its revenue from the box office gross as a special fund levy and 3.3% of the box office gross as a value added tax to the central authorities; cinemas and film producers can split the remaining revenue. The special fund is used to reinvest in the industry to support Chinese filmmaking – particularly, small productions and ethnic minority film projects -- and cinema construction in poor areas.

"This time the overall exemption measures are very strong. They will play an important role in promoting upstream production and downstream projection to resume work and revive the industry as soon as possible, placing it on the road to recovery. This also gives the audience great confidence to re-enter cinemas," said Fu Ruoqing, chairman of Huaxia Film Distribution and vice chairman of China Film Co., Ltd.

During the epidemic, some Chinese filmmakers have sought various ways to save themselves and their investors. Some theatrical releases such as "Enter the Fat Dragon" starring kung fu actor Donnie Yen, Yu Miao's "The Winners" and art house movie "The Empty Nest," as well as some internet films like "The Enchanting Phantom" made their debut online.

The most notable example is director-and-actor Xu Zheng selling rights of his new comedy "Lost in Russia" to the digital giant Bytedance for free screening on various Bytedance video platforms.

Most other major blockbusters are still waiting to break the ice, including the lost Spring Festival blockbusters such as "Detective Chinatown 3", "The Rescue", "Leap", "Vanguard", "Legend of Deification" and "Boonie Bears: The Wild Life," as well as long-anticipated Disney's "Mulan."

Since theaters will have to limit the audience, it's unlikely these films will set big box office records this year, or they are willing to immediately debut as soon as the cinemas reopen.

Industry sources told China.org.cn these high-profile films will be scattered in different film seasons. "Detective Chinatown 3" could be postponed to next year's Spring Festival. While Disney is firm that the American release of "Mulan" will be in July. Its Chinese release date could be close as China now has a good environment and prospects for epidemic control.

In March, China Film Co. and many film companies, even the foreign giants, have already selected a batch of films for rerelease after the epidemic subsides, including "The Mermaid," (2016) "Wolf Warriors 2" (2017), "The Wandering Earth" (2019) and "Harry Potter and the Sorcerer's Stone" (2002). Media reports also mentioned "Avengers" movies, "Coco," "Lord of the Rings" trilogy, and beloved older titles "Avatar," "Interstellar" and "Inception" are on the potential list of re-release, which could minimize financial risk and warm up the freezing-cold market.

Film executive Fu Ruoqing revealed that China Film Co. and Huaxia Film will release or rerelease 30 - 50 films from their archives in the near future to help cinemas greatly affected by the epidemic to resume work. Besides providing film contents, Huaxia has about 200 million yuan set aside as a promotional budget to support reopened cinemas.

Fu mentioned he had watched a film at an internal cinema within his company during the May Day holiday and was much impressed. "The visual and audio effects, and feeling of awe for a film on a big screen at a cinema, can never be replaced by what you feel through any other media channel. I believe audience will eventually come back to the cinema to enjoy the high-quality film watching environment once again."