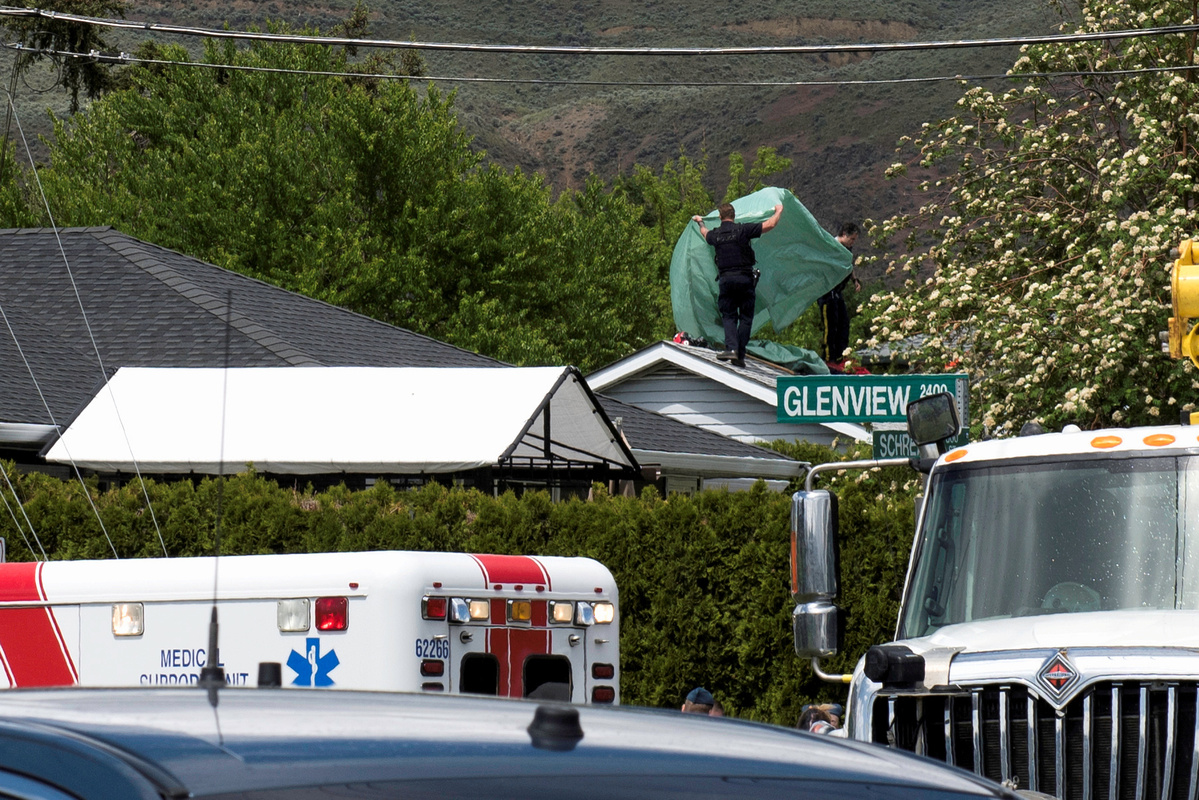 RCMP officers place a tarp over the roof of a house where a crew member from a Royal Canadian Air Force Snowbirds exhibition team which crashed shortly after takeoff, landed in Kamloops, British Columbia, Canada May 17, 2020. (Photo: Agencies)

A plane with the Canadian Forces Snowbirds demonstration team crashed, killing one and seriously injuring another in Kamloops, Canada, the Royal Canadian Air Force said Sunday.

The plane crashed and burst into flames in the front yard of a house in Kamloops, British Columbia province, Sunday noon shortly after it took off from Kamloops Airport.

"It is with heavy hearts that we announce that one member of the CF Snowbirds team has died and one has sustained serious injuries," the Royal Canadian Air Force said.

"We can confirm that we have contacted all primary family members of those involved. More information will be communicated in the near future."

Canadian Defense Minister Harjit Sajjan tweeted that he was deeply saddened by the crash, and that his thoughts were with all those who were involved.