BUSINESS Employment growth in Germany slows down to 0.3 pct in Q1

Employment growth in Germany slows down to 0.3 pct in Q1

BERLIN, May 19 (Xinhua) -- The number of employed people in Germany rose by 0.3 percent to around 45 million in the first quarter (Q1) of 2020 compared to the same quarter last year, according to provisional calculations published by the Federal Statistical Office (Destatis) on Tuesday. 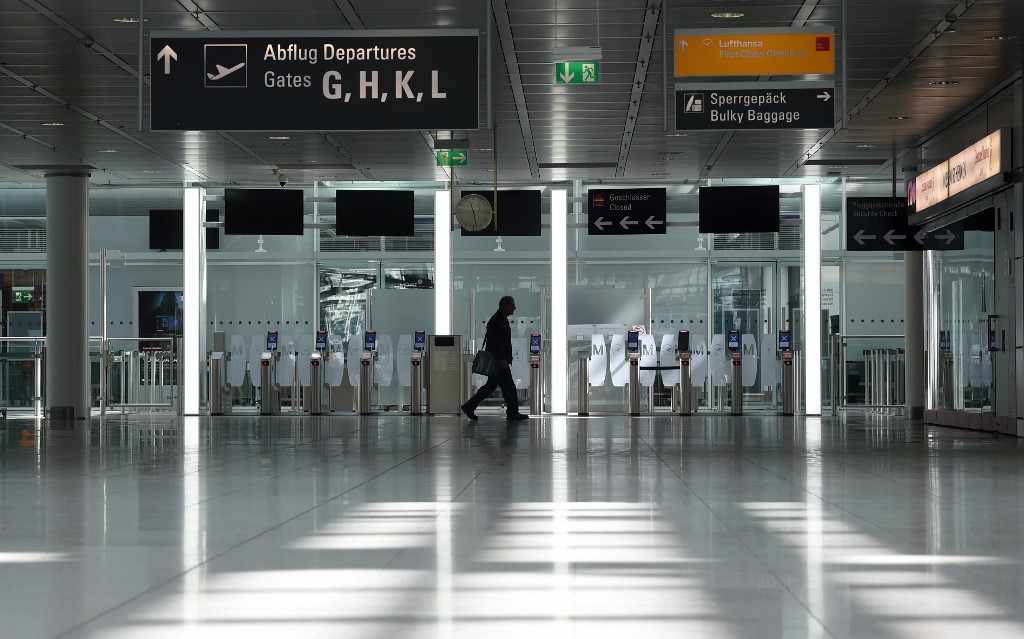 A man walks in an empty terminal at the "Franz-Josef-Strauss" airport in Munich, southern Germany, on April 1, 2020. (Photo: AFP)

However, the year-on-year employment growth rate in Germany had still been 0.6 percent in the final quarter of 2019, according to Destatis.

"Although the year-on-year growth in employment continued at the beginning of this year, it slowed markedly," Destatis noted. Such a low increase on a year earlier had been last recorded in the second quarter ten years ago.

The rise in employment in Q1 was mainly driven by growth in Germany's service sector. According to Destatis, the largest absolute employment gains were recorded for public services, education and health sector, followed by the information and communication sector.

Destatis noted that the decline in employment figures for Germany's industry, excluding construction, had "continued and accelerated" as the number of employed people declined by one percent in Q1.

The German employment figures for Q1 would "essentially reflect the situation prior to the outbreak of the coronavirus pandemic," Holger Schaefer, senior economist for employment at the German Economic Institute (IW), told Xinhua.

Prior to the pandemic, Germany's labor market had been "characterized by declining momentum but could generally be described as stable," said Schaefer. The radical effect of the pandemic on the labor market was initially "reflected in other indicators" such as rising short-time work and unemployment.

At the end of April, Germany's Federal Employment Agency (BA) announced that a record 10.1 million employees had registered for short-time work in the country due to the pandemic.

At the same time, the unemployment rate went up by 0.7 percentage points month-on-month to 5.8 percent in April. According to BA, 2.64 million people in Germany had been registered as unemployed.