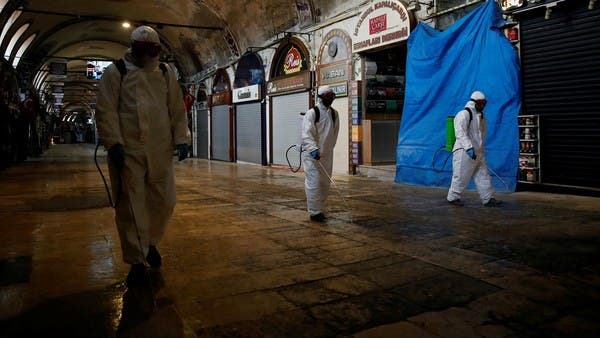 ISTANBUL, May 18 (Xinhua) -- Turkish President Recep Tayyip Erdogan on Monday announced a four-day lockdown on May 23-26 in the entire country to curb the spread of COVID-19.

The curfew will comprehend all the 81 provinces, Erdogan said, after attending a cabinet meeting via videoconference from Istanbul.

The lockdown would cover the Eid al-Fitr, a Muslim feast marking the end of the holy month of Ramadan.

The travel restrictions for 15 cities, including Istanbul, were extended for another 15 days, the president also noted.

The schools will remain closed until the new academic year that would begin in September, Erdogan said, adding that mosques will reopen for worshipping from May 29 in line with conditions laid by local and religious authorities.

The death toll from the coronavirus in Turkey climbed to 4,171, and the confirmed cases totaled 150,593, according to the latest figures announced by Health Minister Fahrettin Koca on Monday. Enditem