Brazil overtook Russia Friday as the country with the second-highest number of coronavirus infections worldwide behind the United States, as the Americas emerged as a new epicenter of the pandemic. 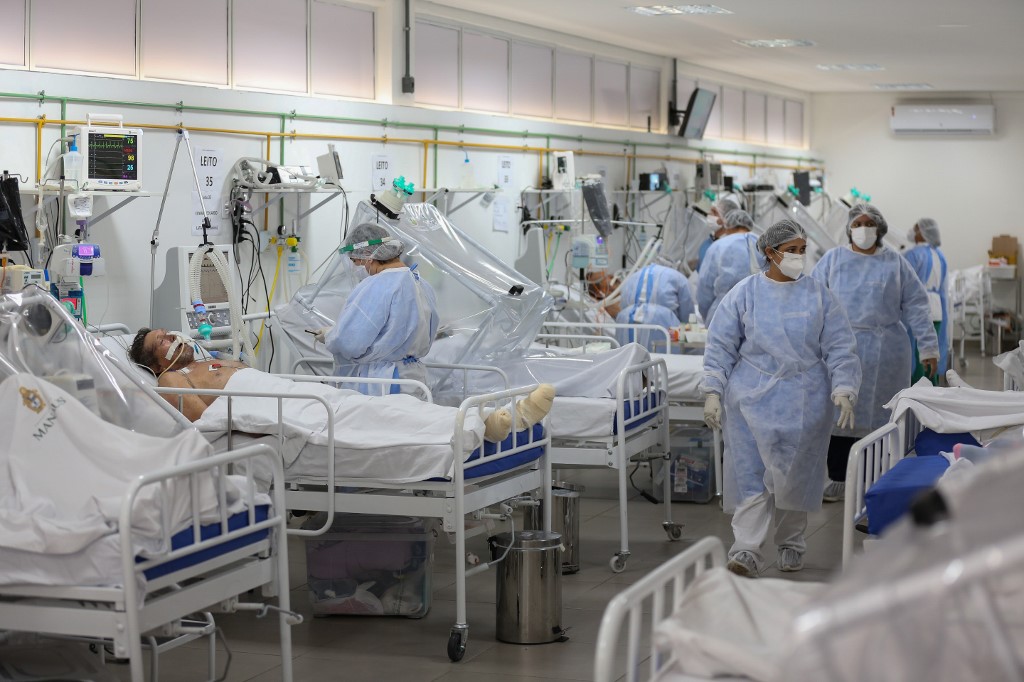 Health workers and patients remain in the Intensive Care Unit for COVID-19 of the Gilberto Novaes Hospital in Manaus, Brazil, on May 20, 2020. (File photo by AFP)

The South American country has now registered 330,890 infections and 21,048 deaths from the new coronavirus, though experts say under-testing means the real figures may be 15 times higher or more.

The surge came as the World Health Organization declared South America "a new epicenter" of the pandemic.

"Clearly there is a concern across many of those countries, but clearly the most affected is Brazil at this point," said WHO emergencies director Mike Ryan.

The United States has registered more than 1.6 million cases and nearly 96,000 deaths, according to a tally kept by Johns Hopkins University.

Brazil's death toll is currently the sixth-highest in the world, behind the United States, Britain, Italy, Spain and France.

But the crisis is not expected to peak in Brazil until June.

The country of 210 million people has had a disjointed response to the pandemic.

Brazilian President Jair Bolsonaro, who has famously compared the virus to a "little flu," condemns the stay-at-home measures imposed by state and local authorities, saying they are needlessly harming the economy.