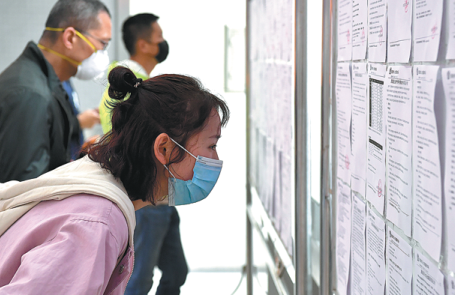 Though the COVID-19 pandemic has been broadly brought under control in China, it continues to spread globally, intensifying economic uncertainty.

The International Monetary Fund is likely to revise downward its previous forecast of a 3 percent contraction in global GDP this year, which would have already signaled the deepest downturn since the Great Depression in the 1930s, Reuters reported.

Liu Zhiqin, a senior researcher with the Chongyang Institute for Financial Studies at Renmin University of China, said that amid unprecedented uncertainty, the government's decision to abandon a GDP growth target will give policymakers more flexibility to respond to rapid changes in the situation.

A raft of development goals outlined in the Government Work Report will replace the GDP target to anchor market expectations and help guide more resources into high-quality development that stresses improvements in living standards, Liu said.

According to the report, the government will pursue targets related to eight major aspects of economic and social development－such as employment, price levels, foreign trade, personal incomes, poverty elimination and the prevention of financial risks－in line with the requirements of ensuring security in the "six areas". 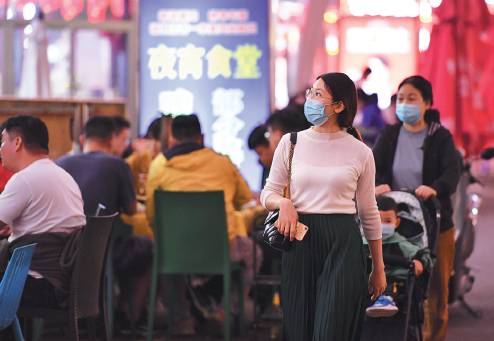 Diners walk among street restaurants at a night market in Tianjin this month. As the COVID-19 curve flattens in China, more restaurants are opening and the economy is showing signs of recovery.

Despite the lack of a GDP growth target, the economy will probably remain stable this year, with government policies focusing on ensuring employment and livelihoods.

That was the message from national advisers and experts at the weekend.

As macro policies and economic reforms filter through, growth will recover and support the prime tasks of stabilizing the jobs market and supporting business, they said.

Following the release of the Government Work Report, which outlined major development goals for the year, attention has focused on the government's decision to forgo a growth target.

It will not set a target because of the uncertainty engendered by the coronavirus pandemic and the global economic and trade environment, said the report, which was submitted to the National People's Congress, the top legislative body, for deliberation on Friday.

President Xi Jinping said abandoning this year's growth target is a realistic option in the face of uncertainty, and focusing on ensuring security in six areas, including employment and people's livelihoods, is in line with China's pursuit of a new development philosophy and a better life for its people.

Xi made the remarks while participating in a panel discussion with legislators from the Inner Mongolia autonomous region on Friday, People's Daily reported.

The decline in GDP growth will be minimized as the nation concentrates on ensuring stability on "six fronts" and security in "six areas", but the focus should not be on safeguarding a specific GDP growth rate, Xi said.

The "six fronts" and "six areas "refer to the government's priorities for the year, such as safeguarding employment and livelihoods, and the development of market entities, among other key issues.