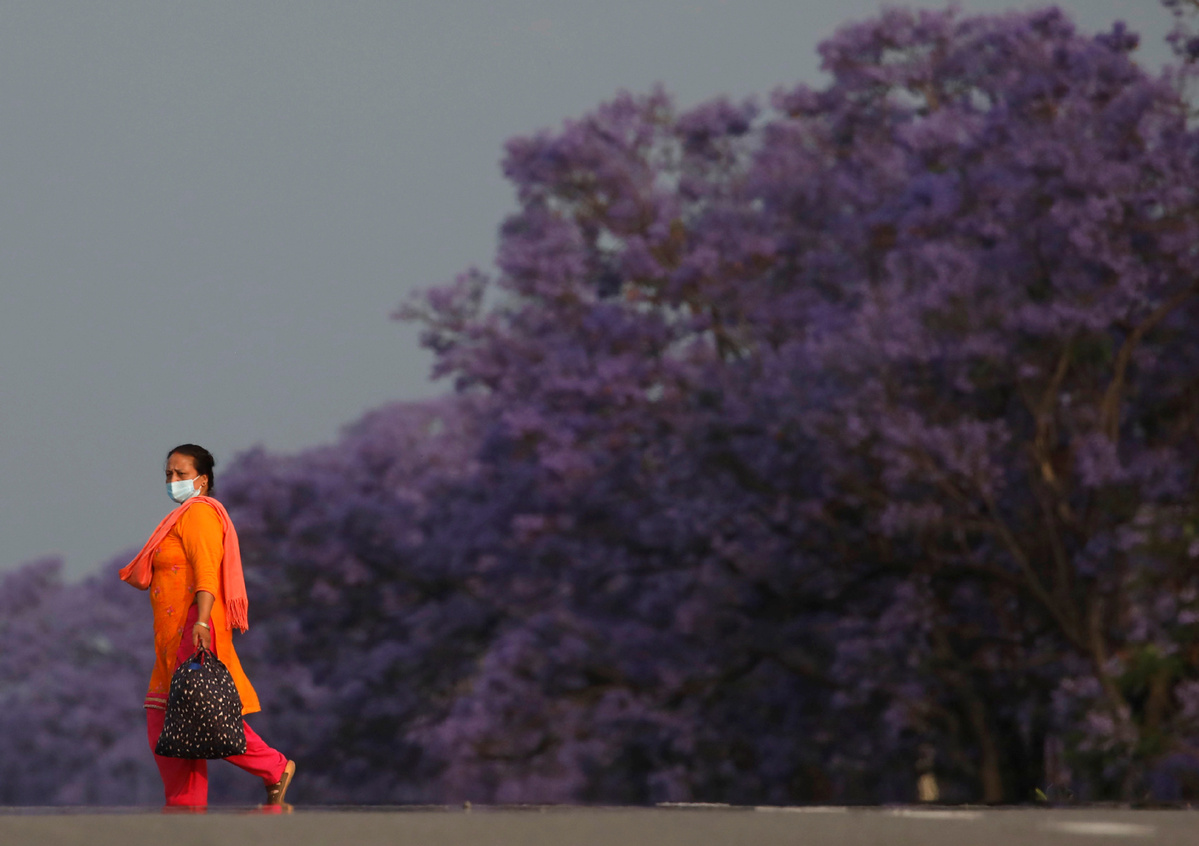 Jacaranda blooms as a women wearing a protective face mask walks along the deserted road during the sixty day of the lockdown imposed by the government amid concerns about the spread of the coronavirus disease (COVID-19) outbreak, in Lalitpur, Nepal, May 22, 2020. (Photo: Agencies)

KATHMANDU -- As the number of COVID-19 cases is rising in Nepal, the country plans to increase testing for the COVID-19 substantially to identify the cases early, Nepali Prime Minister K.P. Sharma Oli said on Monday.

In an televised address to the nation on Monday evening, Oli said that the Nepali government planned to conduct a test among 2 percent of the country's total population.

According to the Central Bureau of Statistics, a central statistics body of the Nepali government, an estimated population of Nepal as of Monday stands at 29.96 million.

Based on this population figure, Nepal plans to conduct a test on nearly 600,000 people, which is equivalent to 2 percent of the population. As of Monday, Nepal has conducted tests on 51,642 people with Polymerase Chain Reaction (PCR) technology, while 95,192 people have been tested with rapid test kits, according to Nepal's Ministry of Health and Population.

The Nepali government confirmed on Monday that as many as 682 people had so far been tested positive for the COVID-19 while four persons died of the virus.

During the address to the nation, the Nepali prime minister said that the rising number of cases in Nepal is due to the failure to conduct required tests among the migrant Nepali workers who returned home particularly from India with which Nepal shares open border. "For the failure to conduct testing, the virus transmitted in communities rapidly."

Prime Minister Oli, however, defended the Nepali government's effort to control the COVID-19, saying that until April 11, Nepal had only less than 10 COVID-19 cases.

"The timely taken measures such as the lockdown, closure of international borders for human movement and flight suspensions have helped to keep the COVID-19 cases relatively low."

Nepal has been under the lockdown since March 24 which will last till June 2.