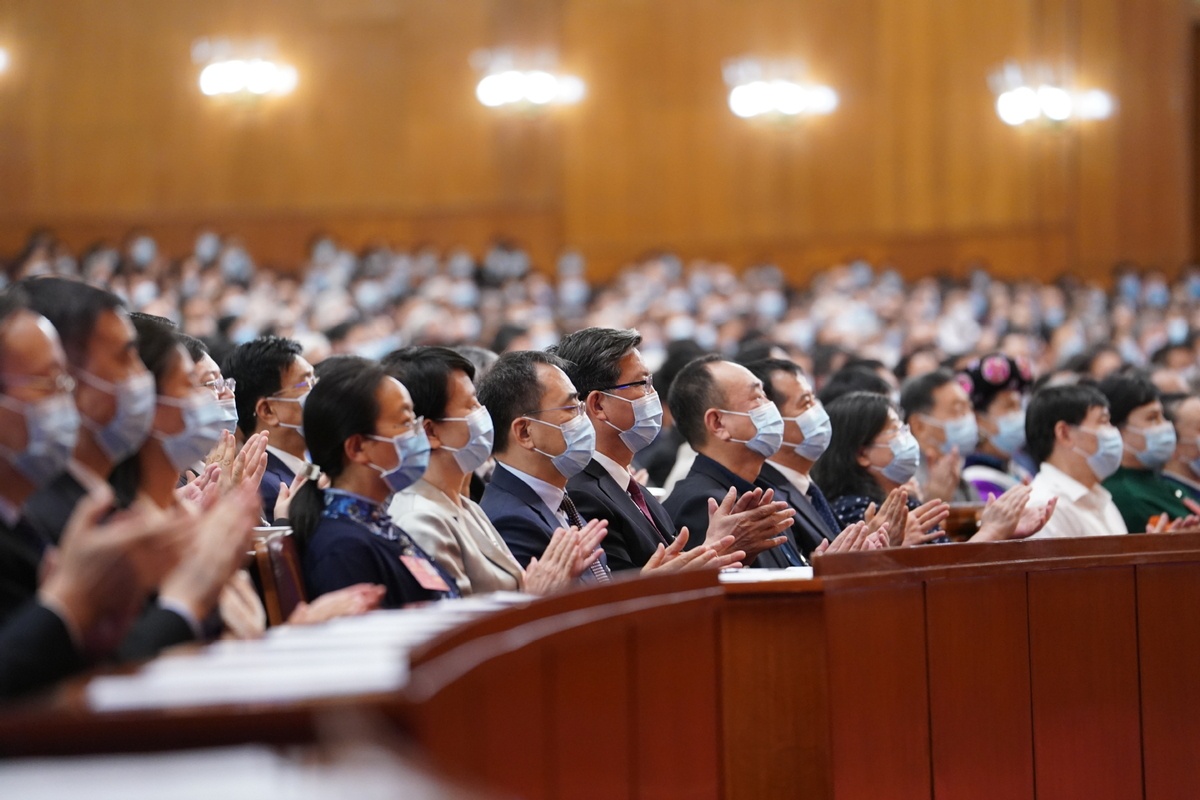 China's economy still has potential, while it should give development room to take the initiative for coping with the unpredictable COVID-19 epidemic, said Lin Yifu, honorary dean of the National School of Development at Peking University, and a CPPCC National Committee member.

The country's economic growth will be 1 percent to 2 percent in the second quarter of this year, Lin predicted. He believes that China still has room for growth, and also will be the main engine to drive the growth of the world economy.

Enterprise is the main part of the economy, said Bai Chongen, dean of Tsinghua University's School of Economics and Management, and a member of the CPPCC National Committee.

The surviving enterprises will ensure the sustainable development of the economy, Bai said.

Bai proposed that utilizing big data to analyze industries' situations to carry out targeted policies, which means implementing different supportive policies to different industries, while in the same industry, the support should remain the same to different companies.

China will not be heading into recession since the country is still in a period of economic growth, and has adequate regulatory tools, said Li Daokui, dean of the Academic Center for Chinese Economic Practice and Thinking at Tsinghua, and a CPPCC National Committee member.

Although there are uncertainties, the country's economy is expected to take a steady path to recovery in the second half of this year following steps in the government work report, Li said.

Based on new technologies, 5G, e-commerce and new urbanization, the country's economy is expected to be a bright spot for the global economy, Li said.

Maintaining the safety of the industrial chain is important, as the global chain has been hit by the COVID-19 epidemic, said Zhang Zhanbin, a senior researcher at the Chinese Academy of Governance, and a member of the CPPCC National Committee.

The epidemic is likely to have a new impact on globalization, but will not reverse the basic direction of the world economy and globalization development, Zhang said.

The country a has huge consumer market and its economies of scale can lower costs, which can support its important position in the global industrial and supply chains and will not be shaken by the short-term impact of the epidemic, Zhang added.

The COVID-19 epidemic is not only a challenge, but also an opportunity to agriculture as industry production is shifting to large-scale modernization and online during the period, said Liu Yonghao, chairman of the New Hope Group, and a member of the CPPCC National Committee.

Liu said he had confidence in China's economy to retain growth as the epidemic has been put under effective control. He proposed that the government should carry out a series of measures to stabilize employment that aims to boost consumption and promote investment.