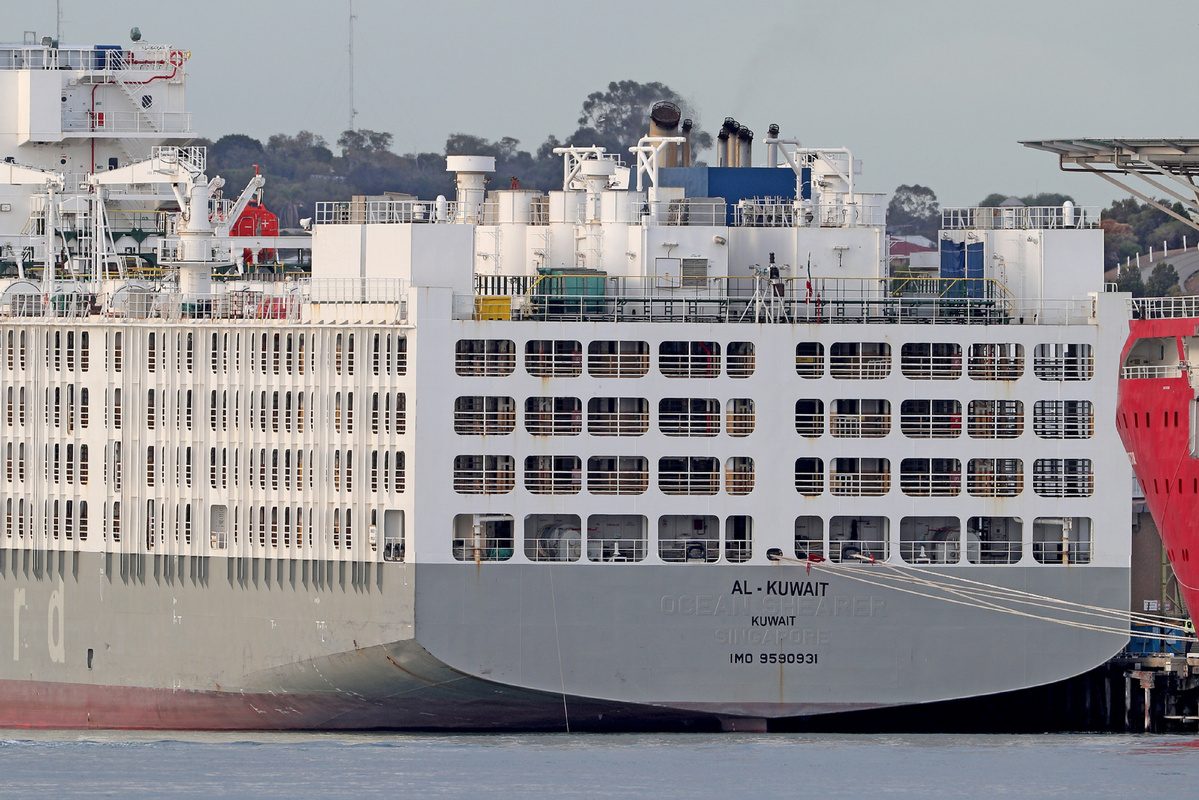 A general view of the docked Al Kuwait, a live export ship that arrived from the United Arab Emirates with crew members who tested positive for the coronavirus disease (COVID-19), at Fremantle Harbour near Perth, Australia, May 26, 2020. (Photo: Agencies)

A COVID-19 cluster on board a live sheep export vessel is under close monitoring by Australian authorities on Wednesday, after six crew members tested positive for the virus.

The all male crew members worked aboard the Al Kuwait, a livestock carrier which docked in Fremantle Harbor after travelling to the State of Western Australia (WA) from Qatar, according to the WA Department of Health.

All six confirmed cases were moved off the ship to a Perth hotel on Tuesday, while the remaining 42 healthy crew members stayed on board the ship to undergo health assessments as required.

"I suspect it is probably more than likely that more crew members may become infected with the virus," WA Premier Mark McGowan told reporters on Tuesday.

McGowan said the ship had been granted permission to enter Fremantle Port by the federal Department of Agriculture on May 20, despite crew members displaying symptoms of COVID-19.

However, McGowan is among those who believe that more attention should have been paid to the condition of crewmembers before the ship was given clearance to dock.

According to McGowan, reports of crew members displaying high temperatures were not provided to local port authorities until after the ship had docked and port workers had been aboard.