South Florida residents were unable to enjoy the reopening of restaurants and beaches after two months of coronavirus lockdown, when three straight days of rain Tuesday caused severe flooding in Miami and other coastal cities. 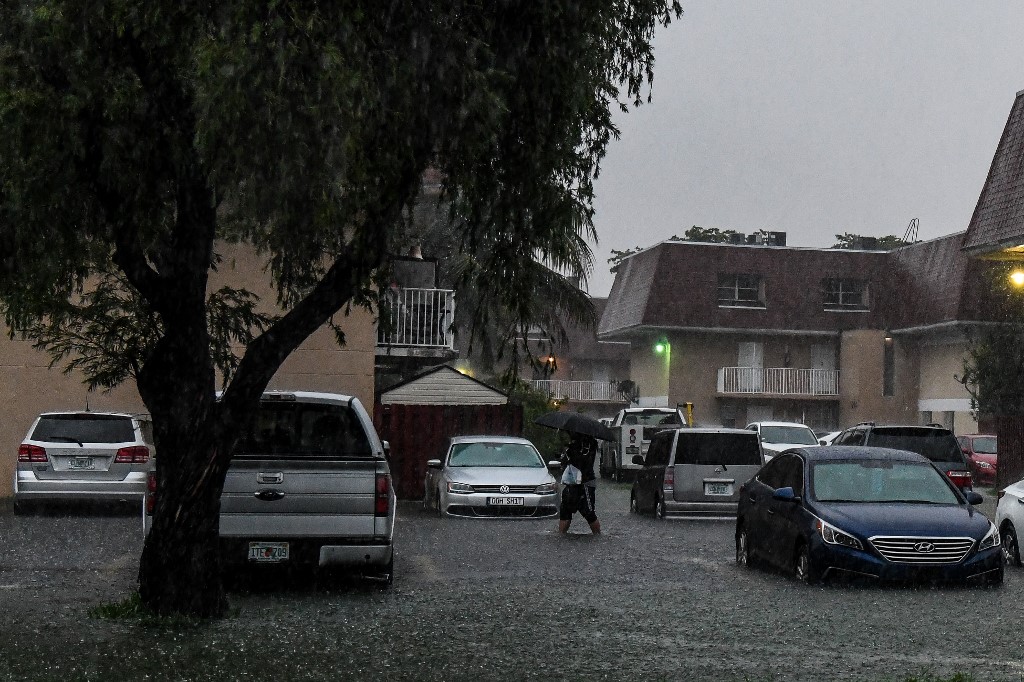 Floridians have received warnings for severe storms, tornadoes and flash floods since Sunday, as streets turned into rivers and electricity flickered.

Images of cars flooded up to their windows have circulated on social media, as well as photos of people kayaking through the streets of Miami. Some people were even surfing, towed along by a rope attached to an SUV.

"This is epic. Never had this much rain in 3 consecutive days in 8 years of living here. 10.58" and counting... will be over a foot easily," tweeted Brian McNoldy, a hurricane and climatology expert at the University of Miami.

As of Tuesday night, there were no reports of damage.

The rain ruined the long Memorial Day weekend and prevented crowds from forming at the recently reopened restaurants and beaches in Broward County, north of Miami, that opened Tuesday.

The weather also puts at risk the launch, planned for Wednesday, of a rocket with two astronauts on board from the Kennedy Space Center in Cape Canaveral, in the center of the state.

Meanwhile, in northeast Florida, another disturbance producing storms has a 30 percent chance of becoming a tropical cyclone, according to the National Hurricane Center.

Hurricane season officially begins June 1, but this year it was pushed forward by Tropical Storm Arthur, which formed two weeks ago in the Atlantic Ocean and passed by the coast of Florida and the Carolinas.