TECH NASA and SpaceX make historic launch from US soil

NASA and SpaceX make historic launch from US soil 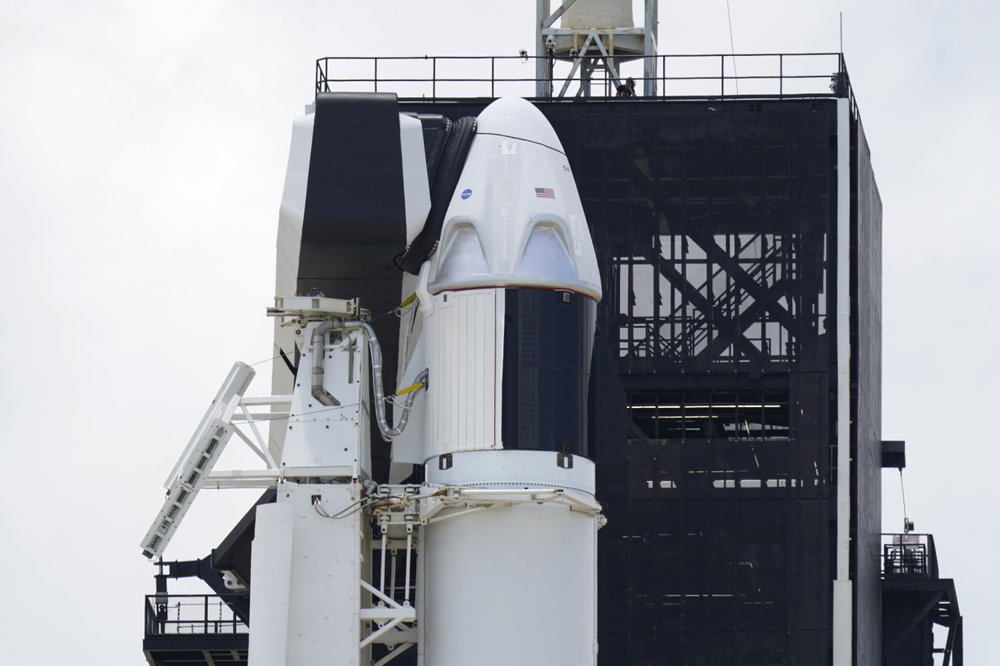 The SpaceX Falcon 9, with Dragon crew capsule on top of the rocket, sits on Launch Pad 39-A, Friday, May 29, 2020, at the Kennedy Space Center in Cape Canaveral, Fla. (Photo: AP)

This flight is the first time since the retirement of the space shuttle in 2011 that humans are flying to the space station from US soil.

The spaceship named Crew Dragon capsule which measures about 13 feet in diameter and is equipped with seven seats and touchscreen controls, was designed and built by Elon Musk’s SpaceX company.

This is only the fifth spacecraft design — after the Mercury, Gemini, Apollo, and Space Shuttle vehicles — that NASA has certified as safe enough for humans.

The two astronauts, Robert Behnken, 49, and Douglas Hurley, 53, both began their careers as military test pilots and have logged hundreds of hours piloting supersonic jets. They also both flew on previous Space Shuttle missions.

The astronauts will spend about 19 hours aboard the spacecraft before arriving at the International Space Station and are expecting to spend one to three months in space. The maximum length is 110 days, according to NASA.

The mission's first launch attempt on Wednesday, May 27, was scrubbed due to poor weather conditions.

Ever since the space shuttle was retired in 2011, NASA has relied on Russian rockets to carry astronauts to and from the space station.