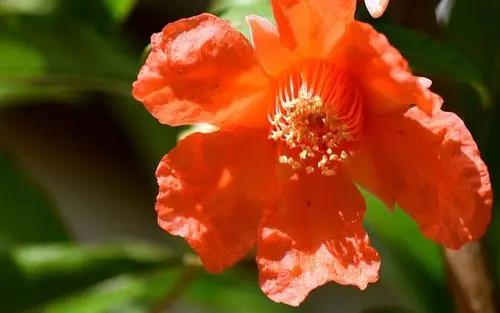 As the city flower of Xi 'an, pomegranate flower symbolizes the city image, and also represents the card of the city.

On the other hand, city flower not only represents the human landscape and cultural heritage, but also embodies the harmonious unity of human and nature.

Do you know the origin of pomegranate flower?

According to the historical records, when Zhang Qian went on a diplomatic mission to the Western Regions, he brought back many seeds from Central Asia, including the pomegranate seeds. Later on, a large number of seeds were cultivated in Chang'an City. Among the thousands of plants and flowers in Chang'an City, the shape of pomegranate tree was particularly attractive and the fruit of pomegranate was full of praise.

In addition, it is said that the empress- Wu Zetian also was fascinated by the pomegranates tress. Now in Lintong District of Xi'an, there are a large area of pomegranate planting forest due to the praise of Wu Zetian. The planting history of pomegranate in Chang 'an City and the foot of Lishan Mountain has been nearly two thousand years, therefore, the relationship with pomegranate as early as ancient times has been deeply inseparable.

The pomegranate planting area and the quantity of pomegranates tress in Lintong District of Xi'an rank first in China. The nearly 15-kilometer-long pomegranate forest has become a beautiful scenic spot in Lintong. 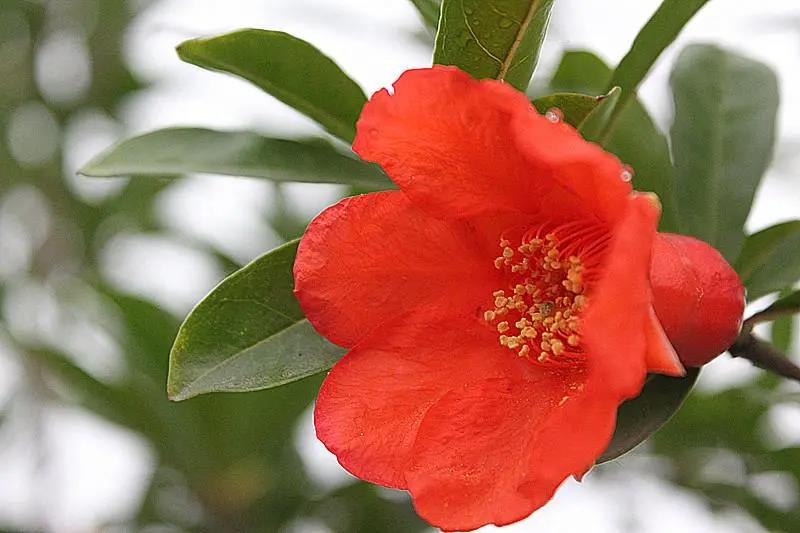 When you look from a distance, pomegranate flower is like a beautiful women in red skirt that dances under the sunlight. The fruit of pomegranate tree also symbolizes the development of the city that the people can have a better life with flourishment and wealthiness.