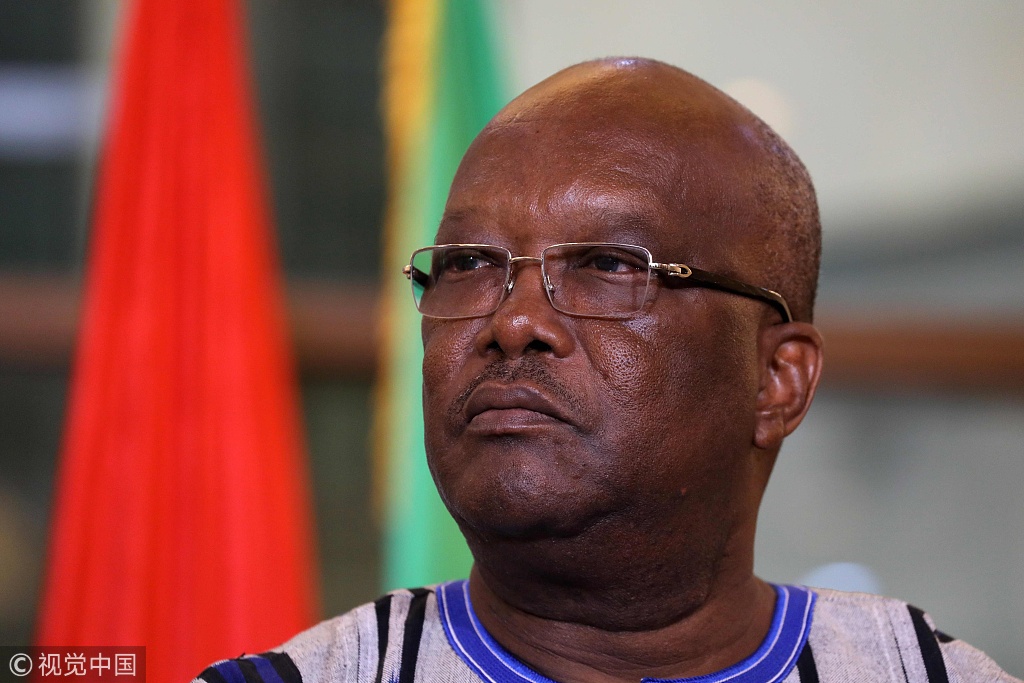 Kabore, whose country resumed diplomatic ties with Beijing in late May, will pay a state visit to China from Aug. 30 to Sept. 5, during which he will also attend the Beijing Summit of the Forum on China-Africa Cooperation.

"For us, this trip is an important mission as it will help build up and consolidate the two countries' relationship, which is founded on win-win, legal and transparency principles," Kabore said in an exclusive interview with Xinhua.

It will also help the two sides select priorities and see how they can make headway together, the president added.

"We expect to reinforce cooperation with China in all areas," he said, expecting a partnership "as broad as possible."

As for China's relations with all of Africa, Kabore said Africa-China cooperation is based on the principles of mutual benefit, equal opportunity and the need to develop international trade.

"We don't have any regrets about this existing China-Africa cooperation, which is developing day by day in favor of our respective peoples," he said. "Africa has chosen China ... It is our choice and we stick to that."

Africa can learn from China's success in developing into the second largest economy in the world, and the China-championed notion of building a community with a shared future for mankind will promote Africa-China ties, he said.

Regarding the rising protectionism and unilateralism in the world, the president said the upcoming China-Africa summit "shows the interest of multilateralism."

"This is what we have always defended together because protectionism in our current times raises problems as it is a real threat to international and world peace," he said. "Therefore, the holding of this summit is a real success as we tell supporters of protectionist policies that we have opted for multilateralism."