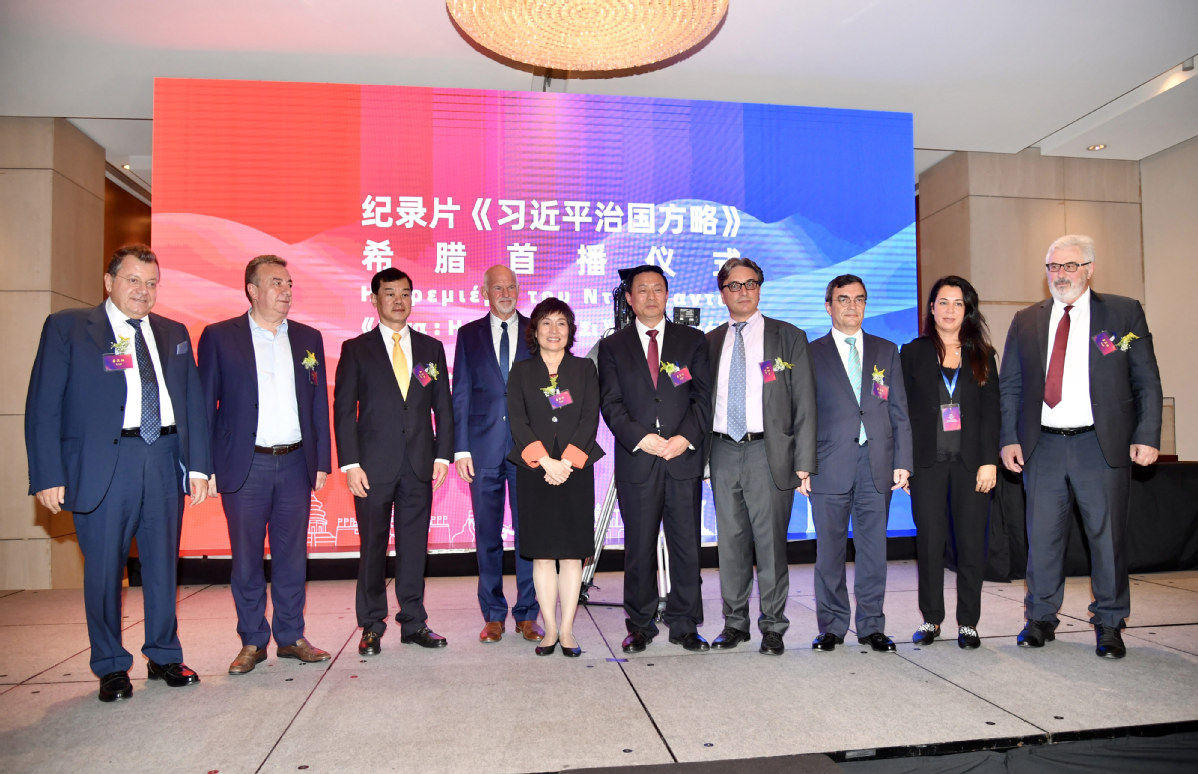 More than 200 guests attended a ceremony in Athens on Friday that introduced the documentary China: Time of Xi to Greece. The documentary will be aired by Greece's state television broadcaster from Nov 8 to 10.

The three-episode documentary focuses on President Xi Jinping's statecraft. It shows how China achieves people-centered, balanced and sustainable development under President Xi's leadership, and also conveys the concept of the community of a shared future for mankind to the world.

It is jointly presented by the China Intercontinental Communication Center and the Discovery Channel from the United States.

At the beginning of the ceremony, Guo noted that Greece is "a good friend and a good partner that China can trust in the European Union. China and Greece have jointly promoted the Belt and Road Initiative in recent years, and have achieved fruitful results, pushing the two sides to a new level of cooperation in the fields of economy, trade and culture."

George Papandreou, former prime minister of Greece, stressed that the BRI has largely boosted the economy in Greece, especially the development of the port of Piraeus, which has been run by China Ocean Shipping Company, or COSCO, since 2016, and has become one of the most important examples of the BRI in the Europe.

"I think the idea from President Xi is to have an interdependent world. We need to work together. We have a common destiny, a common future. We want to have common prosperity and the Belt and Road is the basis of this concept," he explained.

During the ceremony, guests watched the three-minute trailer for the documentary and shared their impressions.

Pella Karpathiotaki, a Greek scholar and a researcher at the Academy of China Open Economy Studies who has been living in China for nine years, said the importance of this documentary is to raise people's curiosity about China, especially for those "who have never been to China and know nothing about China.

"My friends told me after watching this film, they want to live in China rather than just visiting," she added.