‘We have taken strong and comprehensive measures to fight COVID-19’: Ambassador Cao Zhongming

Ahead of today’s (13 February) extraordinary meeting of European health ministers to discuss the COVID-19 (coronavirus) outbreak and related measures, EU Reporter met the Chinese Ambassador Cao Zhongming, to find out more about China’s response and how it was working together with international partners. 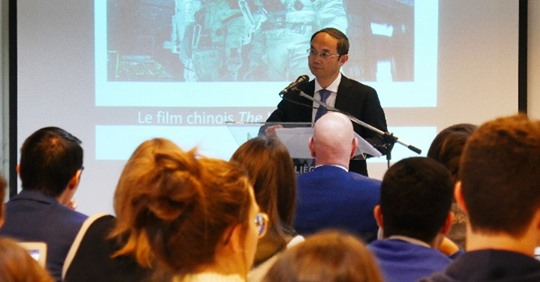 Q: What measures China has taken in response to Covid-19?

The sudden outbreak of Covid-19 is a challenge for China. After the outbreak, the Chinese government quickly and vigorously adopted a host of stringent and comprehensive measures. We set up the Central Leading Group on responding to the novel coronavirus outbreak, and established a comprehensive, multi-tier prevention and control system comprising the central and local governments.

Q: How has China been interacting with the external world, including the WHO?

After the onset of the epidemic, China has carried out international co-operation in an open, transparent and responsible manner. China notified the international community, including the WHO, of the outbreak as soon as possible. Within a week, Chinese researchers shared the genetic sequence of the COVID-19 with WHO and other countries, enabling quick development of diagnostic reagents and vaccines. Daily updates of the epidemic were also provided. Efforts by the Chinese government were well received by the WHO and the international community. While making the utmost efforts to contain the epidemic, China is ready to work together with international partners to fight shoulder–to–shoulder and win the battle against the outbreak.

Q: What was the response of EU countries to the epidemic? Have they provided help or expertise?

The outbreak has received great attention from EU countries. The European Commission President Von der Leyen and Premier Li Keqiang spoke on the phone to support China’s fight against the epidemic. The EU quickly coordinated member states to provide China with 12 tons of urgently needed supplies for epidemic prevention and control. German, British, French, Belgian government officials and people from across the society have also expressed their sympathies and support to China. The EU is experienced in the public health domain. Virus research institutes and experts actively follow and participate in the fight against the epidemic. We thank the EU for its support and cooperation. I believe that with the support of the international community, including the European Union, China will win this battle.

Q: While lives are the primary loss of this epidemic, it will also incur economic costs. Will it also affect the European economy?

Our most important task is to win the fight against the epidemic, and at the same time reduce its impact on the economy. The epidemic will inevitably have some effects on China’s trade, SMEs, industry and supply chain. However, in the medium and long term, China’s economic fundamentals are sound and its momentum of rapid growth will not change. We are confident that after overcoming the epidemic, we will take effective measures to restore and promote economic growth as soon as possible. In the context of globalization, China and EU enjoy close cooperation. Changes in China’s economy will have an impact on Europe, but it is only temporary and controllable. After the epidemic has passed, cooperation between China and the EU will be as close as before and the growth momentum will be quickly restored.

Q: Is it too early to say what lessons have been learned from this outbreak?

The priority is still to fight the epidemic. The outbreak has happened for some time, and we have drawn some helpful lessons from the response efforts. The first is we have mobilized resources nationwide in response to the epidemic. Second, we have intensified efforts and prioritized resources provision to the most affected areas – this time the epicenter of Hubei and Wuhan. We also adopted inter-agency and comprehensive prevention and control measures to ensure that work is advanced all across the country. The third is to work with the international community in an open, transparent and responsible manner in the face of public health emergencies. This is also what we have learned from SARS in 2003. Fourth, we must follow the professional and authoritative recommendations of the World Health Organization, and refrain from taking excessive measures, and take proportionate and rational measures. This will help build confidence and not cause panic.

Q: Some European countries have issued travel advice for nationals to avoid nonessential trips to Hubei. When can those measures be lifted?

WHO has repeatedly advised against and is even opposed to excessive travel and trade restrictions. We believe that countries should follow the recommendations of the World Health Organization. We respect rational and science-based precautionary measures taken by countries. The situation is gradually improving in China. New cases outside Wuhan in Hubei province have declined for 6 consecutive days (5-11 February). After the situation improves, it is hoped that countries will return to normal practices.