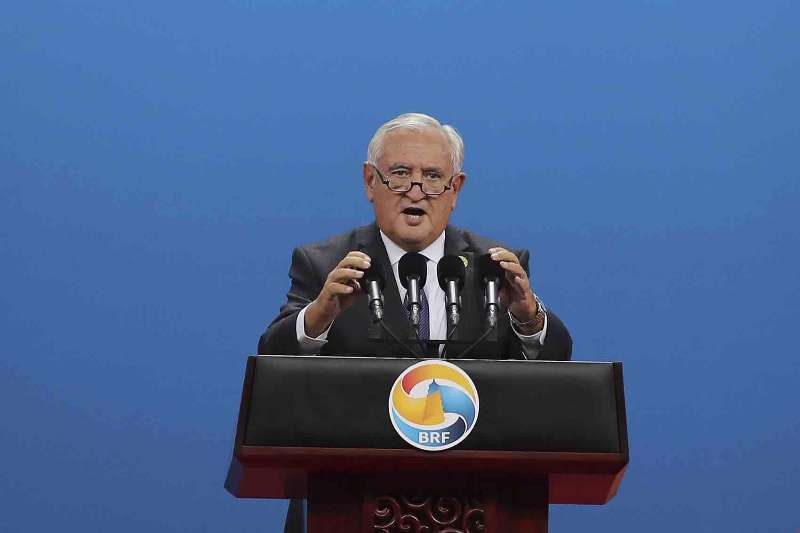 Photo taken on May 14, 2017 shows Jean-Pierre Raffarin, former Prime Minister of France delivering his speech during the Belt and Road Forum for International Cooperation in Beijing, China. Photo/ VCG

A former French prime minister said the 19th Communist Party of China (CPC) National Congress will have a profound influence on the world.

"It is going to be a very important meeting, and China is a country of great significance," Jean-Pierre Raffarin said in an interview with People's Daily, adding that the significant meeting should never be underestimated.

"As the world's second largest economy, China is increasingly influencing the world,” Raffarin said. In this sense, the Congress is closely linked with the world, he added.

In the last five years, thorough domestic reform and mutually beneficial cooperation with other countries has not only helped China itself but also helped China assist other developing countries.

China has also attached great importance to the development of multi-polarity and multilateralism, taking great responsibility in the international community, Raffarin said.

He added that he hopes China to maintain its development policies and momentum of the past five years.

He believes that China has long been proving to the world that strong economic growth is a major global driving force, stressing that China also helps promote world peace and stability.

As a key player in BRICS, G20 and other groups, China has helped other countries forge agreements and consensus over the last five years. "The world recognizes its role," Raffarin said.

Still faced with the threat of war, the world yearns for peace, and we expect the peaceful role of China under the leadership of President Xi Jinping, he said.

Raffarin explained that the 19th CPC National Congress will highlight China's strategies and policies in the next five years. Taking the Belt and Road initiative as an example, it not only promotes economic development but also contributes to peace, he said.

"In the next five years, the Belt and Road initiative will accelerate global economic growth and enhance non-governmental exchanges. As a result, world peace will be maintained ... It is China’s most important role," Raffarin noted.

He firmly believes China will continue to play a major role in balancing the international order and safeguarding world peace.

"France and China share broad consensus on promoting multilateralism and enhancing international cooperation," Raffarin said, adding that the vision for a balanced, multi-polar and peaceful world is the basis for the comprehensive strategic partnership between the two countries.

"I sincerely hope that both sides maintain and deepen exchanges," he said.