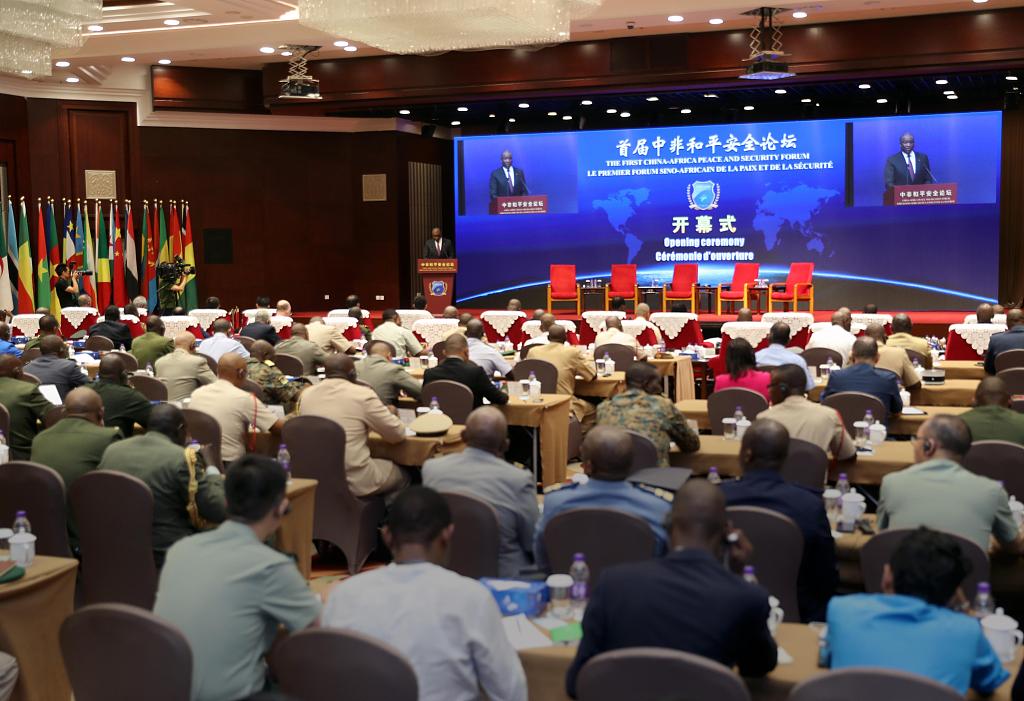 Representatives of the Chinese military as well as nearly 100 representatives from 50 African countries and the African Union, including 15 defense ministers and chiefs of staff, are attending the forum.

The attendees will discuss the initiative of building a China-Africa community with a shared future that was raised at the 2018 Beijing Summit of the Forum on China-Africa Cooperation, and focus on topics including China-Africa cooperation in peace and security, and regional maritime security.

Speaking on behalf of African representatives, Hamed Bakayoko, defense minister of Cote d'Ivoire, said he hopes the forum will help strengthen China-Africa cooperation in peace and security, so that the two sides will jointly safeguard peace in Africa and the world.

The representatives from Africa will visit China's army, navy and air force troops as well as Shanghai during the forum, which runs until Saturday.