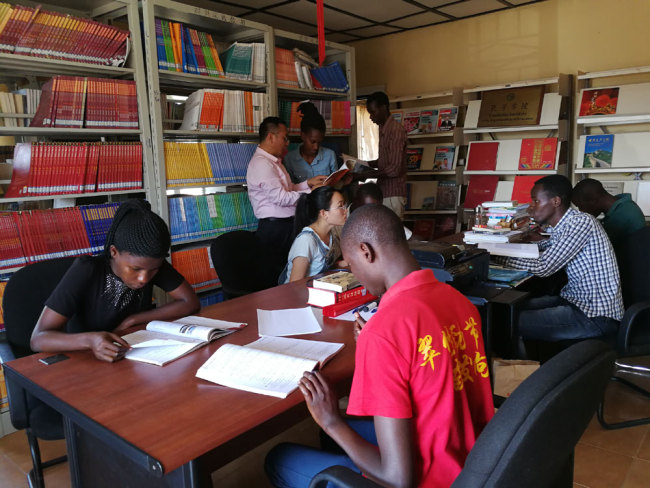 Students and teachers from the Confucius Institute at the University of Rwanda exchange ideas in the Chinese reading room.(Photo: China Plus)

This move will boost interactions between the two peoples, thus promoting the bilateral relations, said Charles Murigande, deputy vice-chancellor of the University of Rwanda and former Rwandan education minister.

Learning Kinyarwanda, an official and native language of Rwanda, will also help Chinese people do business in the central African country, Murigande added.

The BFSU has become the first Chinese higher education institution to set up a Kinyarwanda language course in its newly-established School of African Studies.

The Kinyarwanda course is the 13th African language course offered by the BFSU.