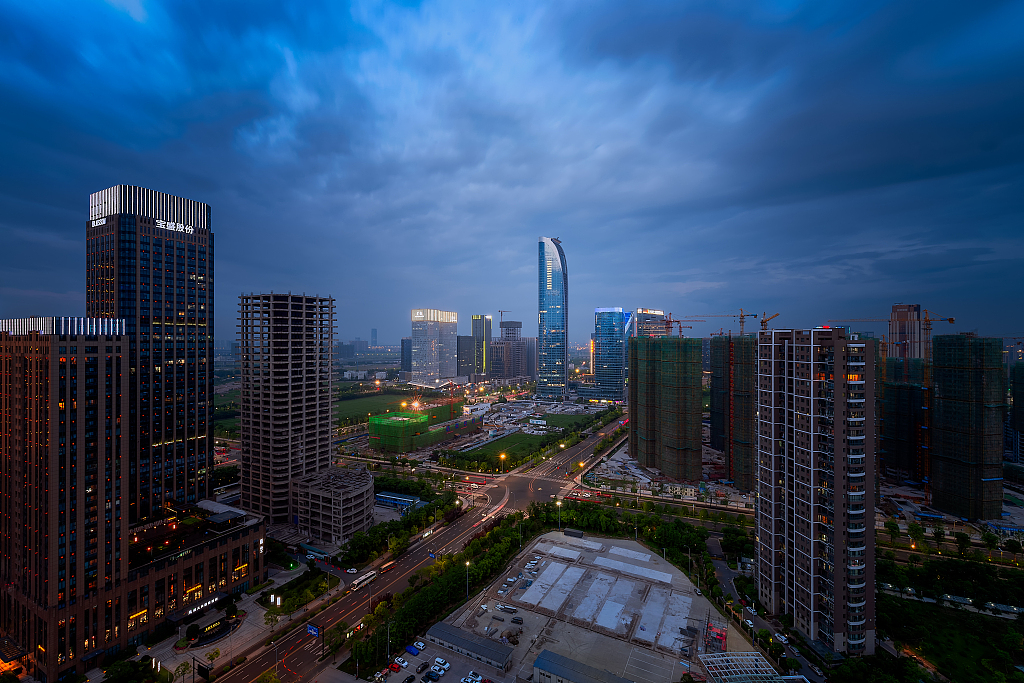 Wang Meifu, the chief statistician of the provincial bureau of statistics, said Zhejiang's economy maintained strong development momentum and the economic structure continued to be optimized in the first three quarters of the year.

A breakdown of the data showed the core industries of the digital economy witnessed a growth of 13.0 percent in value added in the first three quarters of the year. The value added of the province's high-tech industry, advanced technology industry, equipment manufacturing industry and strategic emerging industry increased by 12.8 percent, 6.8 percent, 6.4 percent and 9.3 percent, respectively.

In the same period, the foreign trade of Zhejiang rose by 6.3 percent, and imports and exports increased by 2.8 percent and 7.5 percent, respectively.

Zhejiang's exports accounted for 13.5 percent of the country's total export volume. Exports to countries along the Belt and Road reached 573.3 billion yuan, up 12.8 percent, accounting for 34.1 percent of the total exports of the province.