BEIJING, May 9 (Xinhua) -- The 2019 China International General Aviation Expo will be held in October in Shijiazhuang, capital of north China's Hebei Province, highlighting the connectivity cooperation along the Belt and Road. 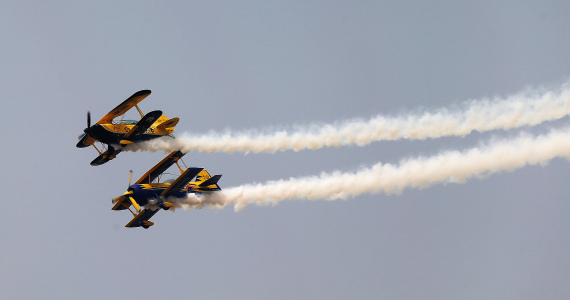 The aerobatics show at the general aviation expo in Shijiazhuang on Sept. 13, 2016.  (Photo: Xinhua)

Series and multiple kinds of general aviation aircraft of Chinese and global companies, including those from countries along the Belt and Road, will be displayed at the four-day expo from October 17 to 20, said the expo organizer at a press conference Wednesday in Beijing.

Visitors are expected to see more than 1,000 general aviation vehicles, including utility, sporting and experimental models, at static and flight displays at the expo which will be held in Shijiazhuang General Aviation Industrial Park.

Shijiazhuang is the capital city of north China's Hebei Province, located in the metropolitan area of the Beijing-Tianjin-Hebei region and the economic zone of the Bohai Rim.

China has positioned general aviation as a strategic emerging industry. By 2020, the general aircraft fleet in China is expected to reach 5,000 with 2 million total flight hours annually.