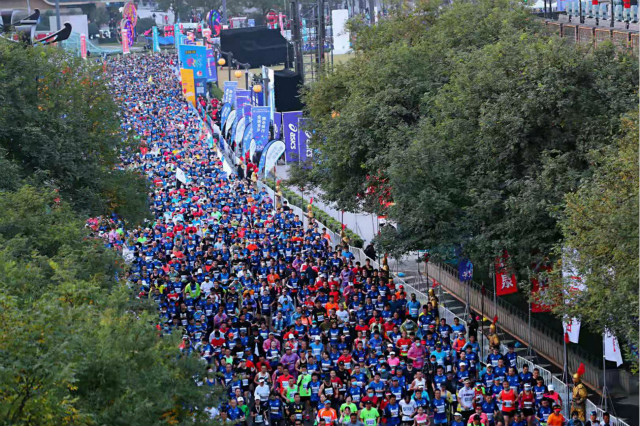 Runners ran through the Yongning Gate (starting point of the marathon)

One of the series of activities for the upcoming 14th National Games, 2020 Xi'an Marathon was held on Nov 8th. 24000 runners started their run from the Yongning Gate and enjoyed this special journey in the ancient capital Xi'an.

At the sound of the starting gun, 24,000 runners crossed the starting line, waving their hands and running to the Yongning Gate. They poured into the streets of Xi'an like a wave, bypassing the bell tower, city walls, high-rise buildings in the West High-Tech Zone, Big Wild Goose Pagoda, Tang Paradise (a large theme park, featuring in the Tang Dynasty), and the Qujiang Pool Relics Park, feeling the profound history and modern fashion of Xi'an. 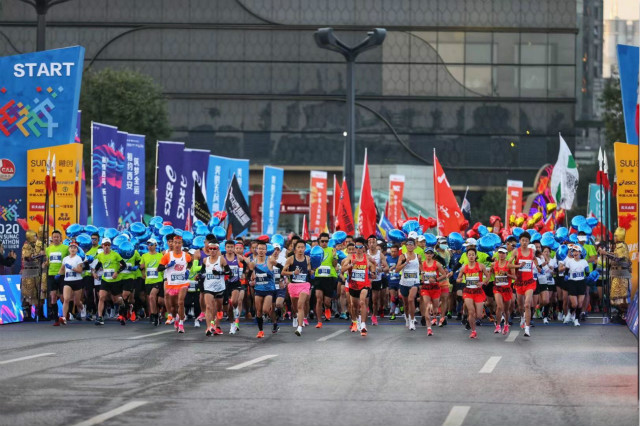 Runners ran at the sound of starter gun

Two hours and seventeen minutes later, two runners appeared in the sight of the audiences at the finish line, running together hand in hand. The contestant Yang Dinghong said, "We're friends from old times, who have been working together for more than 20 years. We used to be professional runners, but both of us started to work in different industries after we retired from the team. So I think it is not easy for us to stick to our running career."

"We grew up together, now we are in our 30s, and we still run together, finish the line together, and even win the champion together." the other contestant Yin Shunjin said. 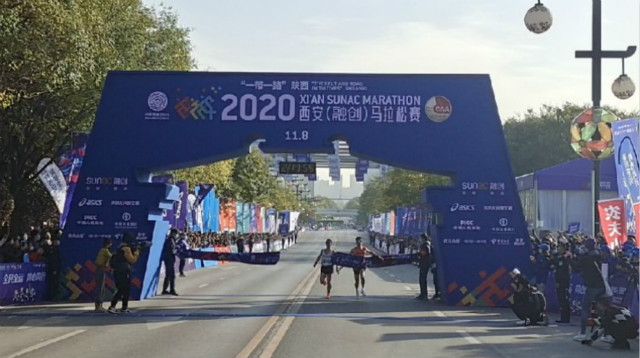 The two runners finishing the race hand in hand will be a highlight of the 2020 Xi'an Marathon. Moreover, the enthusiastic audiences really impressed the runners in this running carnival. Along the road, each audience greeted the runners with loud applause and cheers. Contestant Gao Xiaojun recalled, "The race in all was great! Audiences were really passionate, and the security was well arranged. I have participated each marathon in Xi'an."

"Actually I wanted to quit the race at the 20-kilometer point, but I was encouraged by the audiences cheering all the way." contestant Yao Miao said.

"This is my first marathon, which was very intense. The cheerleaders were pretty supportive, and the supplies were fully prepared. My record is around 2 hours 54 minutes, and I felt pretty satisfied about it. In general, the running atmosphere in Xi 'an is very friendly." contestant Liu Faqin responded.

Contestant Hu Kui also shared his experience, "Hearing the applause at each site of the road, the runners felt pretty warm though they were extremely tired then. It's quite difficult for the government of Xi'an to host such a major event during COVID-19, and the runners really cherished this journey." 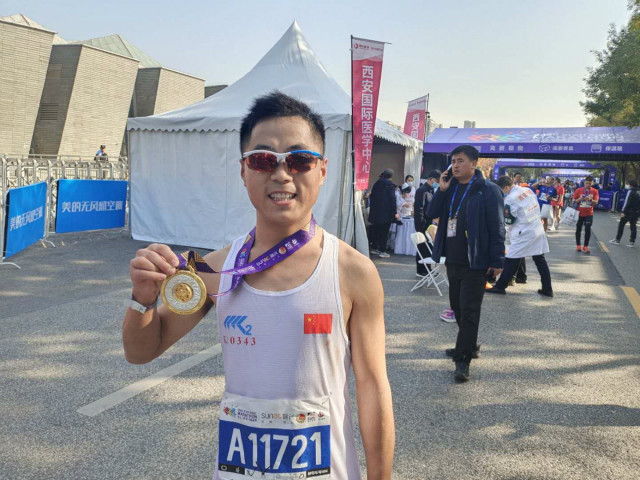 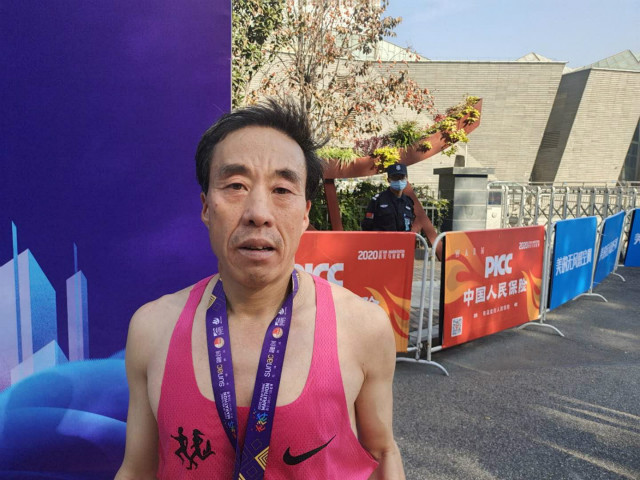 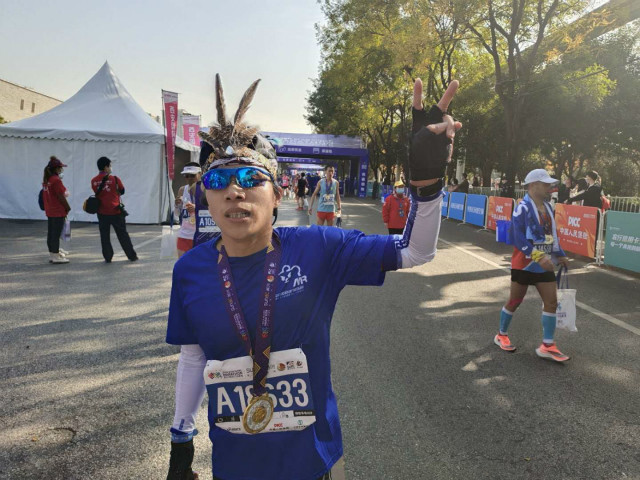 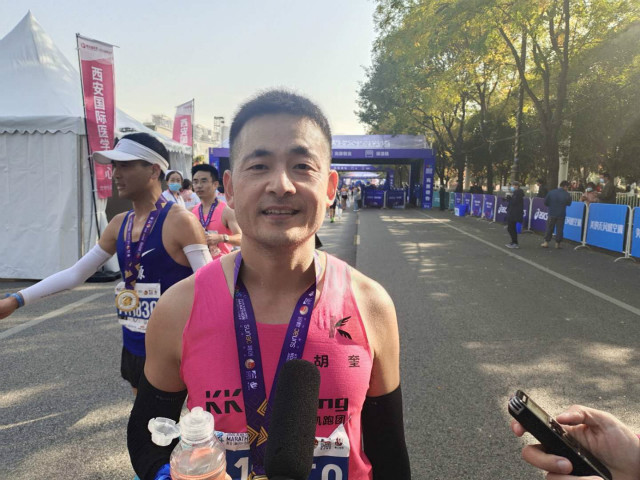 For the runners participating in the Xi'an Marathon this year, they were mostly touched by the applause, cheers, and friendly faces along the road. Although the route this year is much tougher than before, each runner won their greatest happiness with the thrill of crossing the finish line.

Contestant Dong Ligang said, "It was painful, but I was too excited to describe the joy of completion especially when I held the finisher's medal in hand, it was all worth it!" 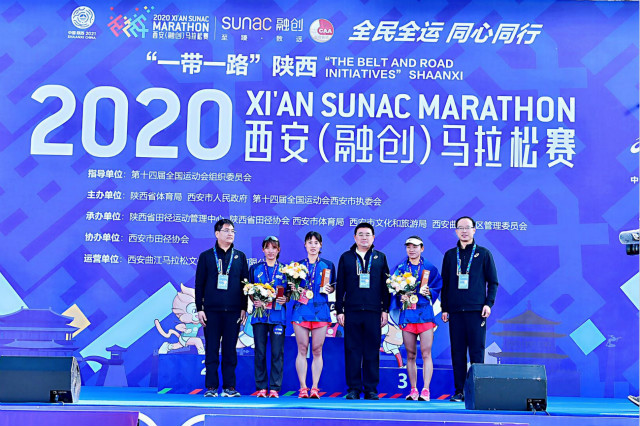 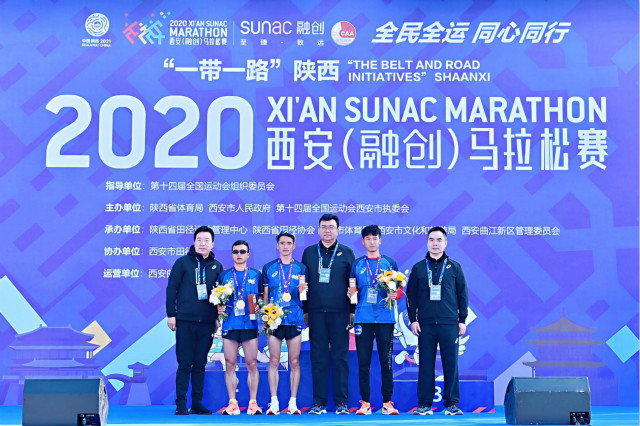 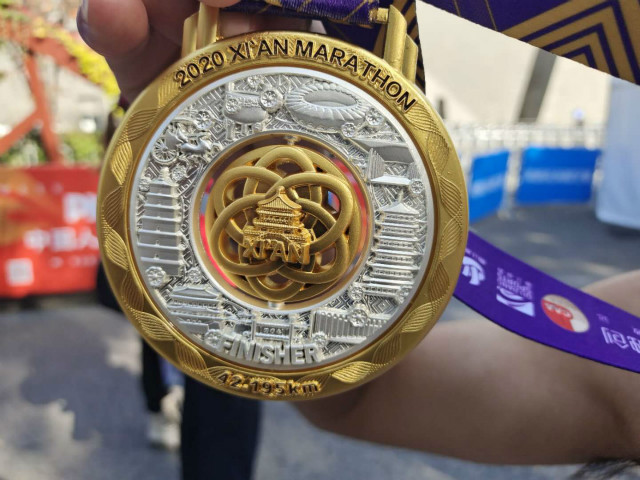