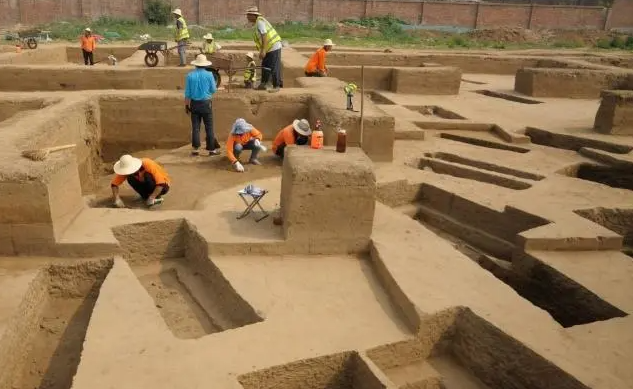 Chinese archaeologists have discovered a collection of large-scale ruins dating to the Western Zhou Dynasty (1046-771 BC) in Xi'an, capital of northwest China's Shaanxi Province.

Deduced from a sacrifice-related animal bone pit unearthed at the site, experts said imperial ancestral temples in the period could be found in the nearby areas.

The site was found in the ruins of Haojing, the capital city of the Western Zhou Dynasty. Archaeologists have been excavating the building complex since 2019, according to the Shaanxi Academy of Archaeology.

In the animal bone pit, skulls of animals including cattle, sheep and pigs were found, which were used in sacrificial ceremonies in the Western Zhou Dynasty.

Deer skulls were also excavated, likely an additional type of sacrificial offering, said Yue Lianjian, a researcher with the academy, adding that ancestral temple sites from that period could be found in nearby areas.

The discovery will help reveal the functional division of the capital city and architectural sites in the Western Zhou Dynasty. In recent years, researchers have found many relic sites including building clusters and tombs in the ruins of Haojing.