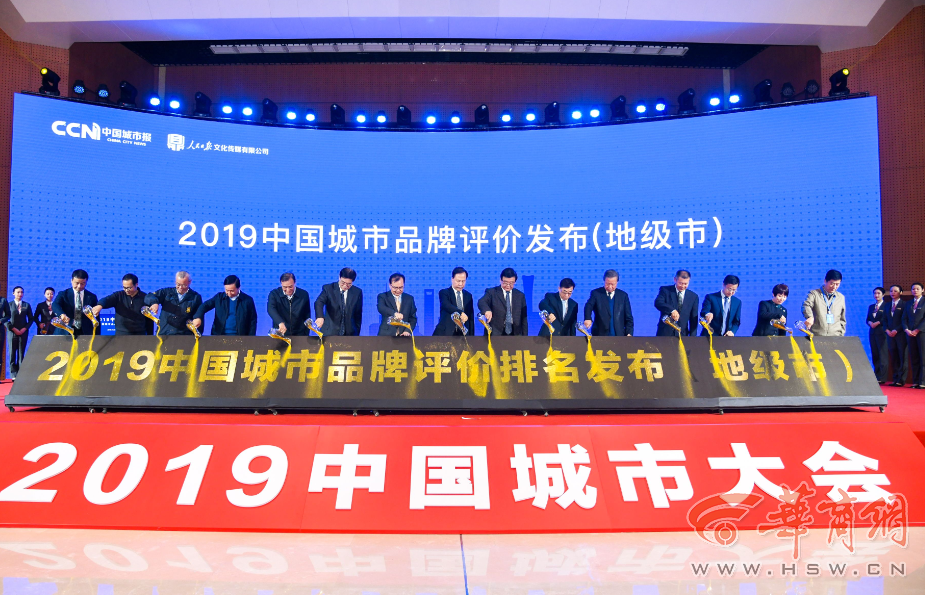 On November 30, 2019 the China Urban Conference was held at the great hall of People's Daily. During the conference, the list of top 100 Chinese city brands in 2019 was officially released. Five cities from Shaanxi, Yulin, Yan'an, Xianyang, Baoji and Weinan were in the list.

The China Urban Conference is a high-end dialogue platform with wide influence. It has been successfully held three times with the theme of "New urbanization, difficult challenges and strategies", "Exploring industrial opportunities, building a quality city", "Summarizing the experience of city brand building, and promoting the high-quality development of the City".

In this list, Suzhou, Wenzhou and Foshan are in the top 3. Yulin ranks 41st, which is the highest in Shaanxi even of Northwest China. Yan'an ranks 48th, Xianyang ranks 54th, Baoji ranks 68th and Weinan ranks 84th. Xue Zhanhai, mayor of Yan'an, delivered a speech.

The list is a project of China's city brand evaluation jointly composed of China city news agency, People's Daily culture and media. Based on the data collected from the National Bureau of Statistics, the National Information Center and the information platform of relevant national ministries and commissions, it standardized 293 prefecture-level cities in China, and calculated the brand influence index of each city. It publishes the list of the top 100 cities, excluding the provincial capital cities.

A city brand is an objective display of ecology, culture, economy and government. It is not only an important business card of the city's external publicity and promotion, but also an important factor to enhance the competitiveness of the city's development and residents' happiness index. The list shows that the environmental quality, life quality and economic quality affect the brand evaluation results, and the economic development further strengthens the support of  the urban brand. The urban brand construction in  the southwest, northwest and northeast is relatively insufficient.

This year marks the 70th anniversary of the founding of the People's Republic of China. China has experienced the largest and fastest urbanization process in world history. The urbanization rate has increased from 10.64% at the end of 1949 to 59.58% at the end of 2018. At the same time, urbanization is changing from  a speed type to quality type.

Ren Yuling, an economist, said that from 1949, there were only 137 cities in China, to 2018, the number of cities has reached 672, and China's urbanization construction has made great achievements. Ren suggested that in underdeveloped areas, we should focus on promoting the construction of urbanization. In addition, to develop cities, we should let farmers into cities and give them support such as setting up new policies.

On the other hand, urbanization is the core of high-quality development, and the city brand leads the development of a brand economy. Liu Pingjun, President of the China Brand Building Promotion Association, pointed out that 20% of well-known brands have 80% market share. The world has entered the era of brand economy, with the number and quality of internationally famous brands, reflecting the economic strength and technological level of a country. Therefore, the high-quality development of the city has gradually focused on the high-quality construction of the city brand, Liu said.