BRI NEWS 5 killed, 1 missing due to floods in northern Vietnam

5 killed, 1 missing due to floods in northern Vietnam 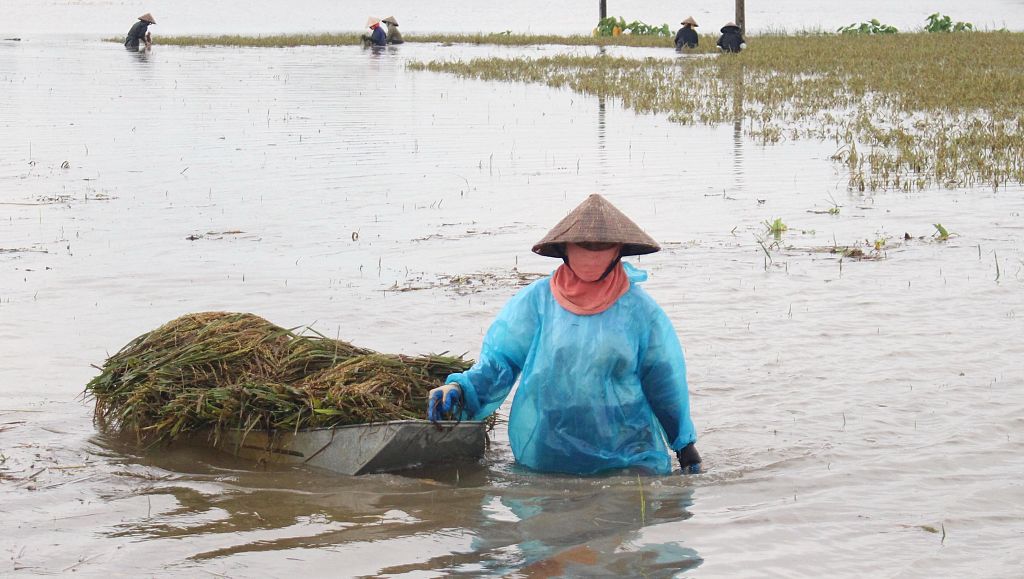 On early Tuesday morning, wall of a factory collapsed in Thai Nguyen province, killing three masons aged 18-45 who were sleeping in a nearby tent.

On Monday night, three members of a family in Tuyen Quang province were swept away by rising floodwater when crossing a local overflown bridge. As of Tuesday noon, bodies of the parents, both aged 47, had been found, and their seven-year-old daughter had still been listed as missing.

Floods triggered by torrential rain in the last two days have also destroyed several houses, inundated many residential areas and crops, and caused landslides in the two provinces.

Between January and August, natural disasters, mainly typhoons, flash floods, whirlwinds and landslides in Vietnam, left 75 people dead or missing, injured 77 others, destroyed 685 houses, damaged over 19,000 other houses and 36,800 hectares of rice and other crops, causing economic losses of 2,200 billion Vietnamese dong (95.6 million U.S. dollars), according to the General Statistics Office.

Vietnam is one of the countries most affected by natural disasters and climate change, according to the United Nations Development Program. It faces six or seven typhoons every year on average.