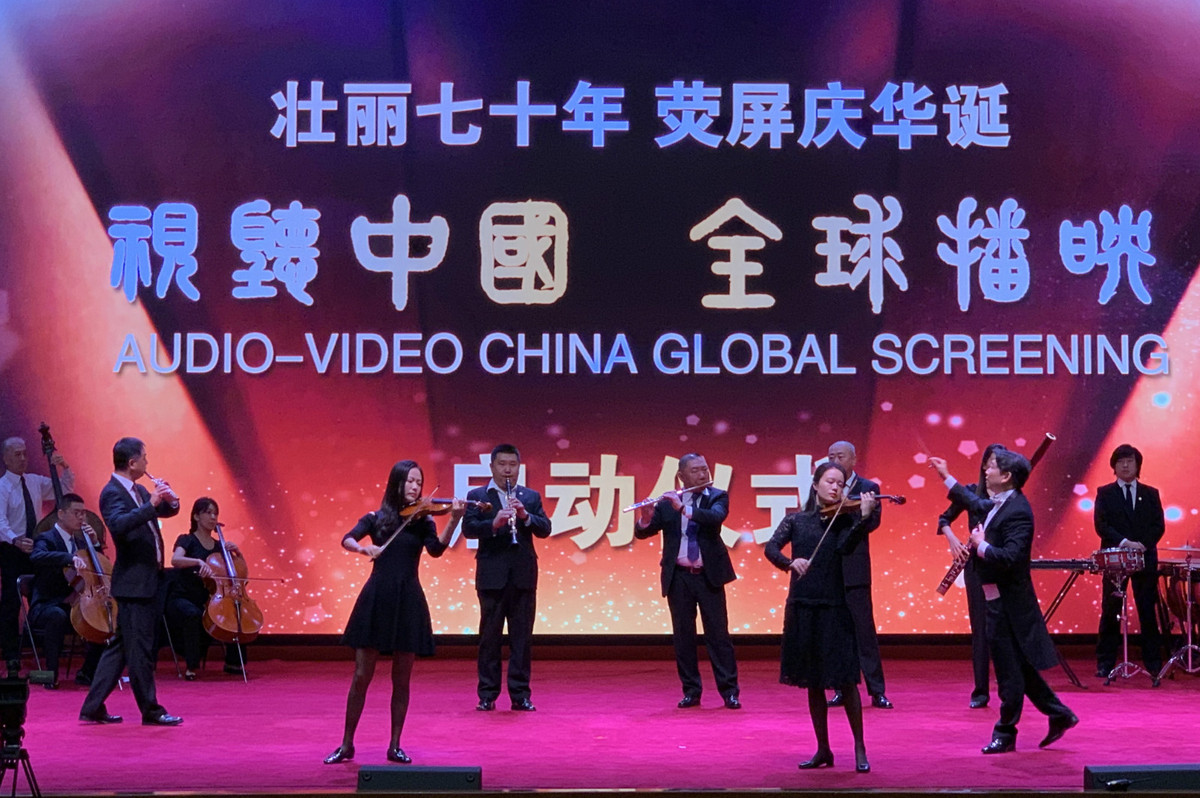 Musicians play folk tunes at a ceremony marking the official start of a campaign to air Chinese shows on foreign TV networks on Friday, in Beijing. The campaign is aimed at commemorating the 70th anniversary of the People's Republic of China. (Photo: Chinadaily)

China has worked with 60 foreign TV networks to air a selection of Chinese TV series, documentaries and cartoons from August to October in 50 countries, a senior official said on Friday.

It is part of an effort to commemorate the 70th anniversary of the People's Republic of China and to show the changes that have taken place during that period, Nie Chenxi, head of the National Radio and Television Administration, said.

The TV networks include the national networks of Myanmar, Laos, Cambodia and Mongolia. The works also will be aired via the US' Discovery Channel and Hungary's ATV.

Nie said the move is also aimed at providing the international audience with much anticipated information about China, whose fate has become intertwined with that of the rest of the world.

"International society has plenty of expectations for China, and is eager to know what's going on in China, what China can bring to the world, why China made it and why the Communist Party of China made it," he said.

He was speaking at a ceremony in Beijing that marks the official start of the campaign. Launched by his administration, the campaign's theme is "Seventy Years Splendor, Celebrated on All Screens".

Nie said the Chinese TV industry has seen marked progress over the last few decades and has produced multiple well-received works. They are the documentaries of people's lives and times.

The works to be broadcast abroad will open a window to China, and will play a key role in promoting people-to-people exchanges and mutual learning between different cultures, he said.

The market share of Chinese TV series has seen a steady rise on the overseas market. Figures provided by the administration show the number in Mongolia reached 23.1 percent this year, compared with only 6.8 percent in 2014.