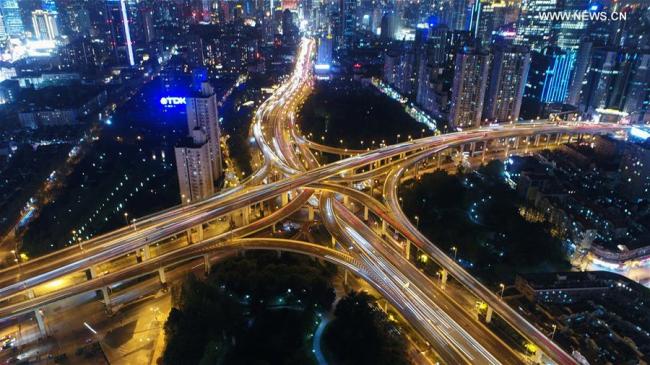 This year marks the 40th anniversary of China's reform and opening-up process, launched by former Chinese leader Deng Xiaoping in 1978. That year he underlined that "opening-up is of particular significance. It would be impossible for any country to develop in an isolated and closed-door manner, nor without international exchange and the introduction of advanced experiences, technologies and capital of developed countries." These words might sounds ordinary today, but they were earth-shattering 40 years ago when the pervasive dichotomy in China was that a market economy was capitalistic and so should be rejected, and a planned economy was socialistic and so must be preserved. As for private business, it was "the tail of capitalism" that must be cut off.

Much has changed since then, particularly the mindset of ordinary Chinese people, who believe that market-oriented reform and opening-up is the only path towards development and prosperity. Based on an online survey earlier this year, close to 30 percent of the netizens in China who participated in the survey cared most about the reform and opening-up. For private business, China's constitution was revised in 2004 to provide that "citizen's lawful private property is inviolable".

This reform process has also brought enormous benefits to China and its people. Seven hundred million people have been lifted out of poverty. China's GDP has grown by 32.3 times in 1978-2016, ranking it the second biggest economy in the world since 2010. Its foreign trade in goods has grown by 178 times, making China the world's biggest trader since 2013. In two days China now trades more than it did in the year of 1978. On foreign direct investment (FDI), it was not until 1980 that the first ever industrial joint venture was established in China, by Swiss company Schindler. Since 1992, the country has been the biggest investment destination among all developing countries.

Meanwhile, others have also benefitted from China's reform process. At present, close to 130 countries trade most with China, and, since 2008, the least developed countries (LDCs) export most to China, selling about one fourth of their products to the Chinese market. China is also the biggest investor in LDCs, having tripled its FDI in LDCs in 2010-2015.

Foreign investors have also profited from China's reforms. In 2017, companies with foreign investment, which are about 3 percent of the total number of companies in the country, account for almost 50 percent of China's foreign trade and 20 percent of its total tax revenues. The first, Swiss Schindler, now has over 200 branches in all major cities in China.

Many factors are behind this phenomenon. But one central factor is China's firm commitment to trade liberalization and its tenacious efforts to open its market, albeit with some ups and downs in between. Its average tariff was cut from over 50 percent in 1978 to about 10 percent since 2011. Its agriculture tariff is around 15 percent, only one fourth of the world average (62 percent), and its industrial tariff is about 8.9 percent, only one fifth of the world average (46.6 percent). China also claims that the level of liberalization of its service industry is close to that of developed countries, with about 100 out of 160 subsectors opened to foreign investors. During the same period, China has also substantially reduced its non-tariff measure and streamlined laws and regulations on trade and investment.

With its historic achievement underpinned by market opening, China has been repeatedly cited as an example that trade liberalization is instrumental in fostering growth. It also inspires other developing countries who are looking east for success stories to learn how to create jobs and reduce poverty for their own people. Makhtar Diop, World Bank Vice President for the Africa Region once said: "Africa can look to China not only as a trading partner, but as a growth mentor."

Having said that, this is far from a time for complacency. Development of countries is like racing. As Irish athlete Tony McCoy once said: "There is no place for arrogance or complacency in racing because you are up there one minute and on your backside the next." China was once an economic power in the 19th century, accounting for over 30 percent of the global economy. But it plunged to 1.8 percent in 1978, mainly because of first its arrogance and its policy of seclusion.

This should instead be the time to look ahead to what China needs to do in the future to sustain its growth for both its own benefit and for the benefit of the world. Most importantly, because China's economy and power has grown, we need to look at its role from a different perspective from that of 40 years ago by comparing its contribution in areas such as trade and investment liberalization with that of other major economies and see what can be further improved as part of its role as a global leader.

The following are a few examples on differences in the level of liberalization between China and the world's four other leading economies (US, Japan, Germany, and UK):

2. On services, World Bank Services Restrictions Index shows that China's service sector (index of 36.6) remains relatively more protected than the other four (17.7 to 26.1).

3. China falls behind the other four for its business environment based on World Bank Doing Business index, which measures business regulations and their enforcement that applies to small and medium sized enterprises. China ranks only 78 among 190 economies, in sharp contrast with the US (6), Japan (34), Germany (20) and UK (7). Numerous analyses have already pointed out that domestic policies have international repercussions and can affect trade flow with other countries.

4. In terms of liberalization through free trade agreements (FTAs), China is also lagging. The liberalization level for the trade of goods of the 16 FTAs signed by China is about 90 percent, in contrast with about 99 percent of those signed by other major players. For services, the situation is even worse.

Looking ahead, there is still a lot to do to deregulate China's trade policy and further open its market commensurate with its power. There are multiple instruments that can be used for that purpose, including more ambitious unilateral liberalization through the existing eleven free trade pilot zones around the country and the free trade ports under discussion, better market access commitments by upgrading its 16 FTAs, signing new FTAs along the Belt and Road Initiative, and by pushing forward multilateral negotiations on new issues such as investment facilitation and e-commerce.

One thing worth pointing out is that, given the size of China's economy, incremental and small steps won't bring the expected impact, or won't bring the impact with the same magnitude that can underpin a growth similar to what it has achieved in the past four decades. Bolder and more ambitious measures have to be taken by China. As Professor Zhou Qiren of Peking University once said: "This is like feeding medicine with a tiny spoon to an elephant infected with flu. It won't serve the purpose even with the right prescription simply because the dosage is too small."