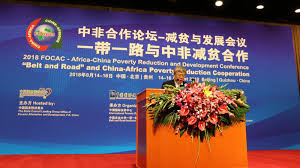 In September, Chinese and African leaders will gather in Beijing for the Forum on China-Africa Cooperation (FOCAC), where they will discuss cooperation between the two sides in the new era.

CGTN's production team has traveled across Africa and made a five-episode documentary titled, "A New Era of China-Africa Cooperation," to showcase the development of African countries as well as present the achievements of China-Africa cooperation.

From the Gabon Port Gentil-Omboue Highway, the "rainbow bond," to the Malawi University of Science and Technology, episode two highlights the joint efforts and achievements China and Africa have made since the Johannesburg Summit of the Forum on China-Africa Cooperation in solving inadequate infrastructure, shortage of talents and lack of funds in Africa, and tells a story of "Chinese Speed," "Chinese Construction" and "Chinese Quality" expanding from China to Africa.