BRI NEWS A Silk Road in both directions

A Silk Road in both directions 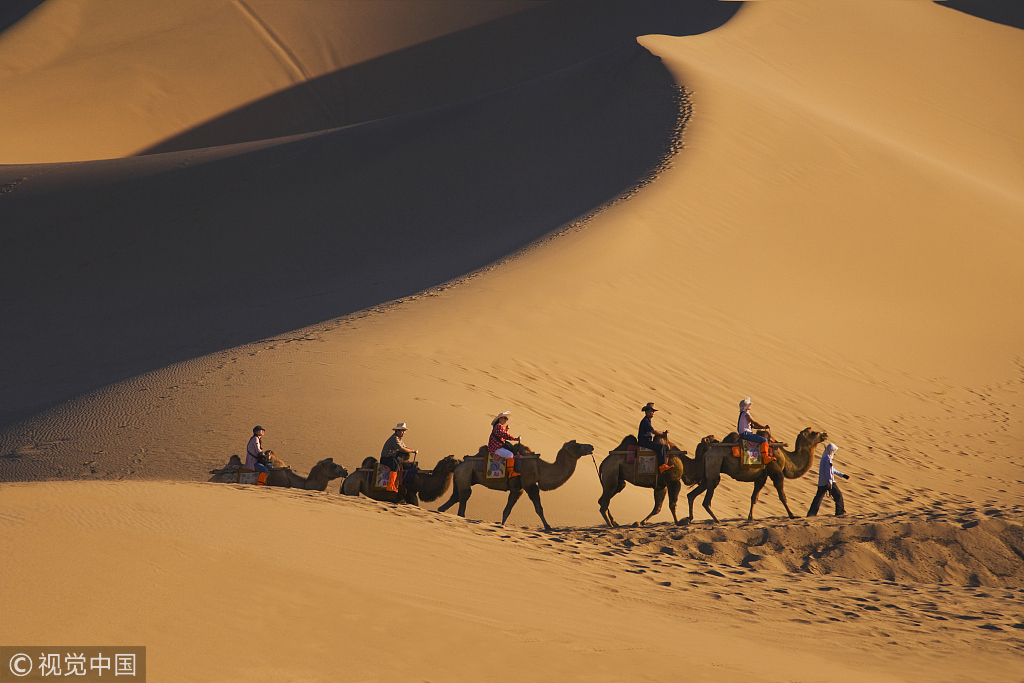 The Belt and Road Initiative (BRI) or yi dai yi lu, created by President Xi Jinping in 2013, is now on everyone’s lips. The Economist devoted their title story to him (July 28, 2018), the international media report regularly about it. Think tanks analyze advantages and disadvantages, strategic options and security policy consequences.

Indeed – this project has truly geopolitical dimensions. The BRI is aiming for an Eurasian economic area reaching from the east coast of China to the Atlantic. Ninety two countries, 4.5 billion people and 60 percent of the global economic power are covered by this – not to forget Africa, which plays an important role in this context, as recently supported by the China-Africa Cooperation Forum Beijing Summit. Whoever masters this area could also dominate the future world economy.

This also explains the mixed reception. “The Chinese Project of the century inspires admiration and anxiety. There are good reasons for both,” wrote The Economist. “Countries eager for Chinese financing welcome it as a source of investment in infrastructure between Europe and China via Middle East and Asia. Those who fear China see a sinister project creating a new world order with China as preeminent power. The confusion is – there is no single plan at all. No blueprint of that kind: so much money to be spent, so many kilometers of track to be laid, so much port capacity plus timetable.”

And the focus is even wider. Now talks about a Pacific Silk Road, a Silk Road on Ice crossing the Arctic Ocean, a Digital Silk Road ...

It would perhaps be better to concentrate on the origins of the project. The Eurasian area is already very economically important today and will be even more so in the future. The Organization for Economic Co-operation and Development (OECD) estimates that in 2050, China’s economy will make up around 25 percent of the global GDP, the European Union and the United States will each have around 15-18 percent.

Between Western Europe and the east coast of China, however, there is a large belt of very poor countries, no more than an economically sluggish space in between. This can affect China’s stability just as much as it can affect – to a smaller extent – Europe’s security. But this is where its greatest potential is.

Already today, EU trade with four economies – China, Hong Kong, South Korea and Mongolia – with 770 billion euros ($900 billion) is almost just as much as with North America (US, Canada and Mexico). In the next 10 years, this Chinese bilateral foreign trade with the EU will develop in a much more dynamic way (plus 80 percent) than with the US (plus 30 percent). This was proven by Professor Gabriel Felbermayer, the designated president of the Kiel Institute for the World Economy, in a noteworthy analysis in the FAZ on August 4.

Here, you could transform trans-Eurasian trade in a sustainable way, as it is currently carried out almost completely via sea or air. Only 3 percent of goods are transported via rail, however with a strong increase over the last few years. Between 2014 and 2017, the goods trade carried out via rail has increased fivefold, while the overall trade has only increased by 20 percent. Transportation by rail takes half as long as by sea and is much cheaper than air freight. So, if the rail and road infrastructure was significantly improved, saving much time and money, goods trade could increase sustainably by 25-30 percent, around 200 billion euros ($234 billion) each year!

There can be little doubt that the planned infrastructure offensive makes economic sense, but the question is whether the planned Chinese funding is sufficient to cover such a transcontinental project alone. And where is Europe in all of this? A question asked by many in this situation. And indeed, the EU will have to make a much stronger contribution with constructive ideas and probably also important funding to be able to positively influence and help to shape the development and implementation of these ideas.

Such a concept is now available and could be intertwined with China’s BRI. Experts at the Vienna Institute for International Economic Studies recently developed the plan of a European Silk Road which is supposed to connect the industrial center of Western Europe with the highly-populated but less developed areas in the East.

The full version of this European Silk Road is around 11,000 km on land (rail and road). The northern route (6,700km) runs from Lisbon to Uralsk at the border of Kazakhstan. Its core piece connects Lyon-Paris and leads via Brussels and the Netherlands into the Rhein-Ruhr region. Via Berlin, Warsaw, Minsk, Moscow are connected with an expansion via Nizhny Novgorod, Samara to the Russian-Kazakh border area of Uralsk.

The southern route (somewhat shorter with approx. 4,300 km) would start in the metropolis region of Milan, the economic center of Italy and lead via Zurich and the highly-developed south of Germany to Vienna, Budapest, Bucharest to the port of Constanza at the Black Sea. From here, the sea route could lead via the Russian port of Novosibirsk to Volgograd and, on the other hand, via the Georgian port of Poti and Tiflis to Baku on the Caspian Sea.

Modern high-speed trains and motorways connected with logistics hubs, seaports, river ports and airports should set new European standards, even in e-mobility. Over a period of 10 years, the investments of around 1,000 billion euros ($1,170 billion, or 8 percent of the GDP of the countries covered by both routes) would lead to an economic growth of 3-3.5 percent on average and a growth in employment of several millions in wider Europe.

This initiative can be networked without problem with the BRI. It would be complementary to it, instead of in competition with it. Regardless of this, it is in the interests of the EU to expand its markets with eastern neighbors using modern transport infrastructure. This region is home to almost as many people as in the EU itself, however with income of only half as much – 30 million in the Balkans, 200 million the population of the former Soviet republics, almost 90 million in Central Asia and Caucasus, 80 million each in Turkey and Iran.

So, the time is ripe for such a far-reaching European visionary answer: There is the public argument about globalization. Protectionism and isolation, tariff increases and threats with trade war on one side and the defense of open trade relations, proponents for the breakdown of non-tariff barriers on the other. Europe is probably a trustworthy advocate for an open, global, but also socially better-balanced order.

“Each previous round of globalization was marine-based, spreading from the Atlantic to the Pacific. This time it is different. The inland economy will become a large component in economic globalization,” according to Zheng Bijian, former executive vice-president of the Central Party School and now chairman of the China Institute for Innovation and Development Strategy. “Connecting container cargo transportation, expressways, high-speed trains, air transportation, internet ... is fully integrating the marine economy and inland economy, which will bring about overall economic rise of the eastern, central and western regions of China and economic cooperation and development across the Eurasian continent.”

With such visionary projects, it is also a question of sustainability (debt sustainability), transparency of tendering and suppliers, including the local population, taking into account civil and social objections and including ecological aspects. Otherwise, the carrying capacity of the financial strength of smaller states can easily be overstretched, the understanding of citizens overtaxed or even the temptation to corruption and cronyism become too strong. The union has built up a vast wealth of experience over decades and could contribute a great deal in intensive exchange and cooperation with BRI and perhaps help reduce some skepticism surrounding Chinese projects.

So, it is time to approach each other and tackle the Silk Road Project from both sides, from China and Europe. French President Emmanuel Macron was right in January 2018 when he said: “The ancient silk roads were never purely Chinese; these roads are to be shared and they cannot be one-way.” Let’s start it!