Long having been hidden among the mainstream Shaanxi dishes, the delicacies in southern Shaanxi actually hold their own edges. Embedded with various cooking techniques, they come with great taste and distinctive textures. 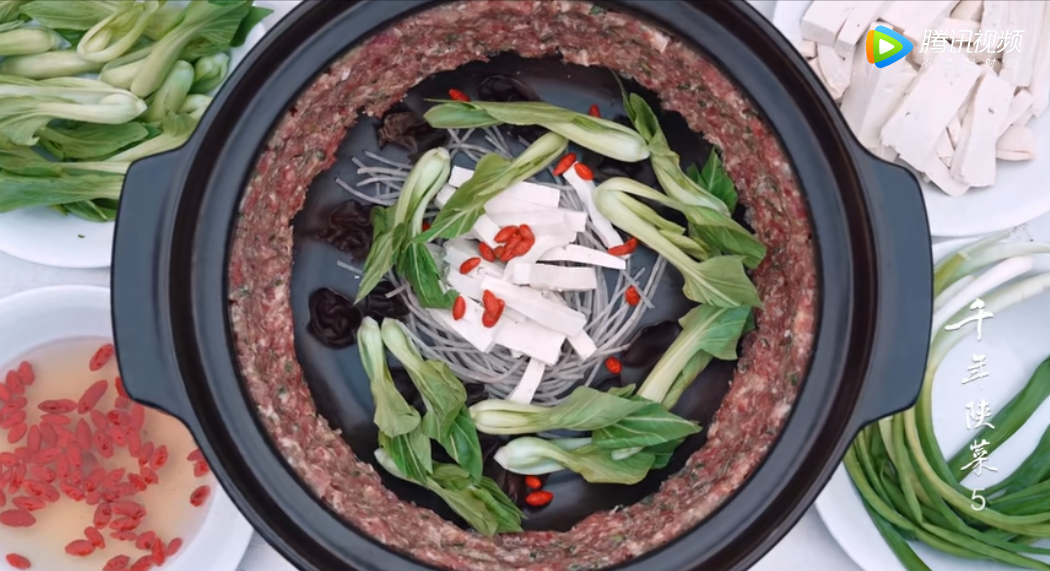 Originating from Hanyin County in southern Shaanxi, the white flint here is clear as crystal and smooth as jade, is the key of this soup dish.

Minced meat mixed with small portion of fish is squeezed and stuck to the inside of the soup bowl, then the heated white flint will be put into the soup.

All of a sudden, the rock triggers drastic boiling of the soup, which later gives off a fascinating smell. 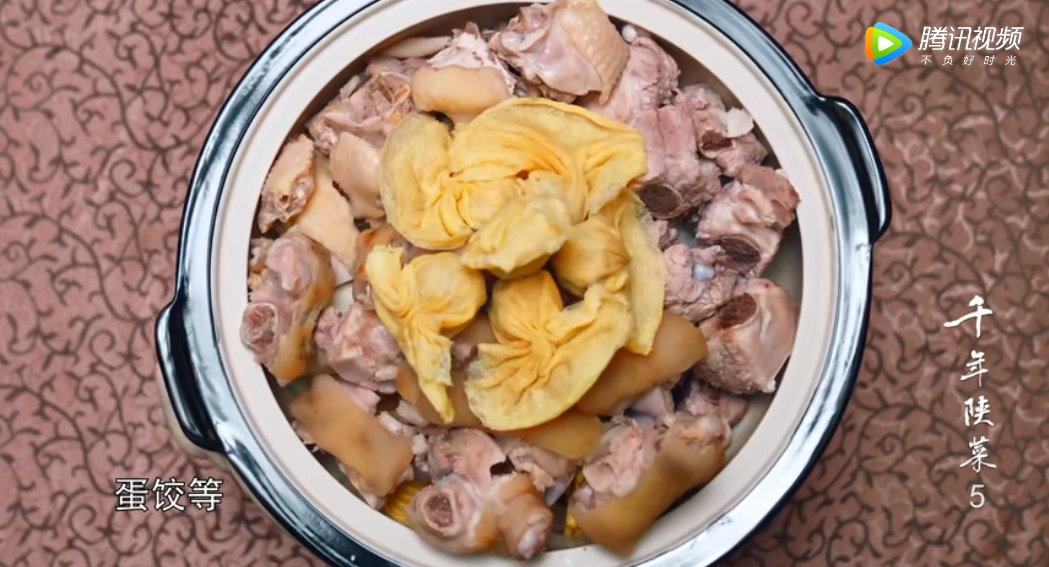 For local folks in Ziyang County, which locates at the upper stream of Hanjiang River, they rely on barges for a living generation after generation, thus coming up with this featured dish for small gathering and leisure along the river when they are not working.

This dish is supplied with ample materials such as shoulder meat, the free-range hen, lotus root, endive sprout and dumplings wrapped with egg roll.

After thorough stir-frying, the materials will be put onto the pot to be steamed fully, which helps keep the smooth texture of the materials. This way, the food can be easily digested while conserving most of the nutrition. For it has long been incorporated into local people's lives, this stew dish has now become the "grand finale" of the New Year's Eve dinner. 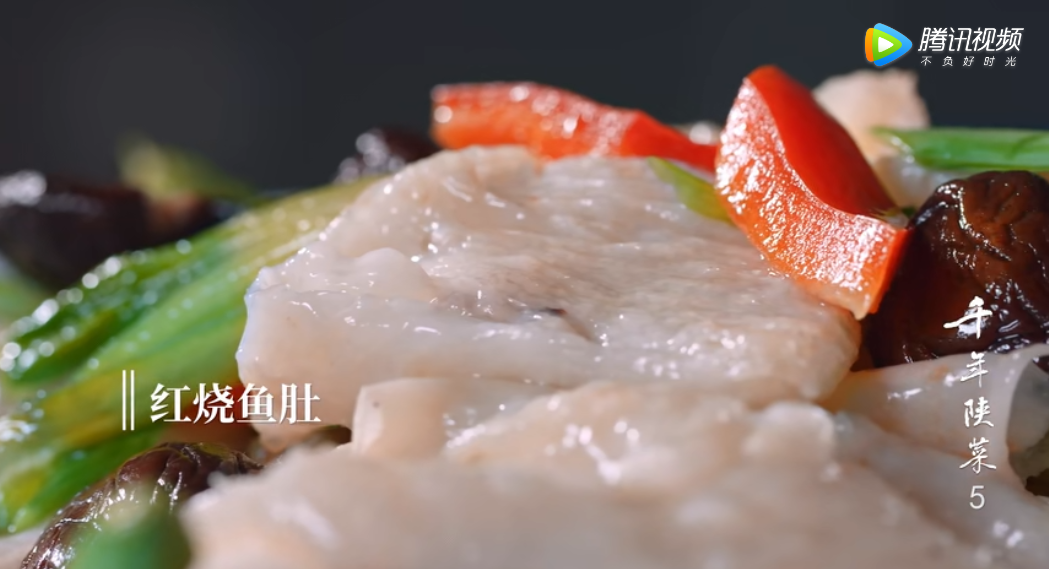 Abounding with fish, the Hanjiang River offers the excellent raw materials for this Braised Fish Maw.

The core of this dish, the quality fish maw is normally taken from the yellowcheck carp, black carp, or grass carp, all weighing over 5 kg. Afterwards, the fish maw has to be further cleaned and air-dried.

Then the dried fish maw will be deeply fried to be further swelled with bubbles on the surface. During this process, it is the oil made from the local rape flowers that helps cook the maw to its best state.

The swelled fish maw is in subtle softness, releasing abundant collagen. Further stirred with the shiitake, the chewy fish maw flavored thoroughly is now be ready to serve.

For thousands of years, southern Shaanxi has developed its own characteristic cuisine, yet it also absorbs the pure flavor from the northern region, coming up with a magical hybrid of delicacies.