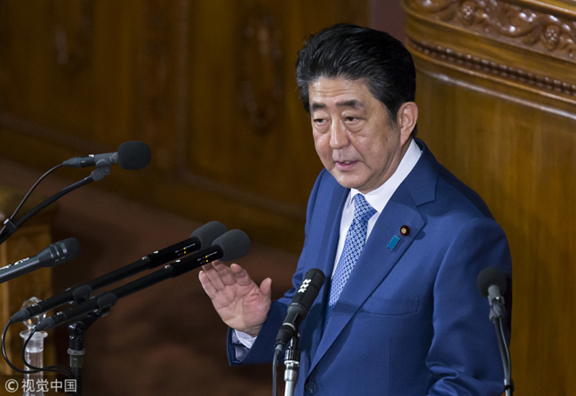 Tokyo (People's Daily) – Japanese Prime Minister Shinzo Abe called for an amendment to the constitution and pledged closer ties with China during a policy speech at this year's regular legislative session on Monday.

Abe said Japan will “steadily improve our friendship (with China) from a comprehensive standpoint,” The Japan Times reported.  Abe also expressed a desire to cooperate with China on the Belt and Road initiative to better fulfill the needs of infrastructure in Asia. 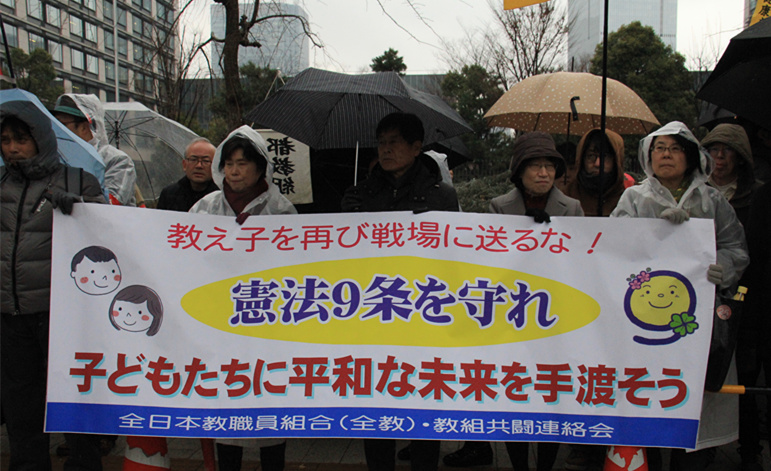 Members from Japan Teachers' Union protest against Abe Administration's amendment to the constitution.

Abe urged political parties to submit their own amendment proposals, the report said.

Reuters quoted Abe as saying he hopes to “deepen debate and move forward.”

This is the 6th time for Abe to deliver a policy speech since assuming power in 2012. Abe said it is the Constitution that dictates the shape and ideal form of the country, and “we will be creating our nation, looking ahead 50 to 100 years.”

Hundreds of people gathered near Parliament Monday in Tokyo to protest Abe's revision of Article 9 of the Constitution despite a rare heavy snowfall.