Most recently the negative orientation about the China Pakistan Economic Corridor (CPEC) from Western media and international financial institutions has intensified.

CPEC, a flagship project of Belt and Road Initiative (BRI), is blamed for causing a debt trap and economic woes for Pakistan. It has become obvious that some countries are now trying to play their political cards to prevent the wave of Chinese investment under the BRI which has started producing tangible results in Pakistan and other nations. 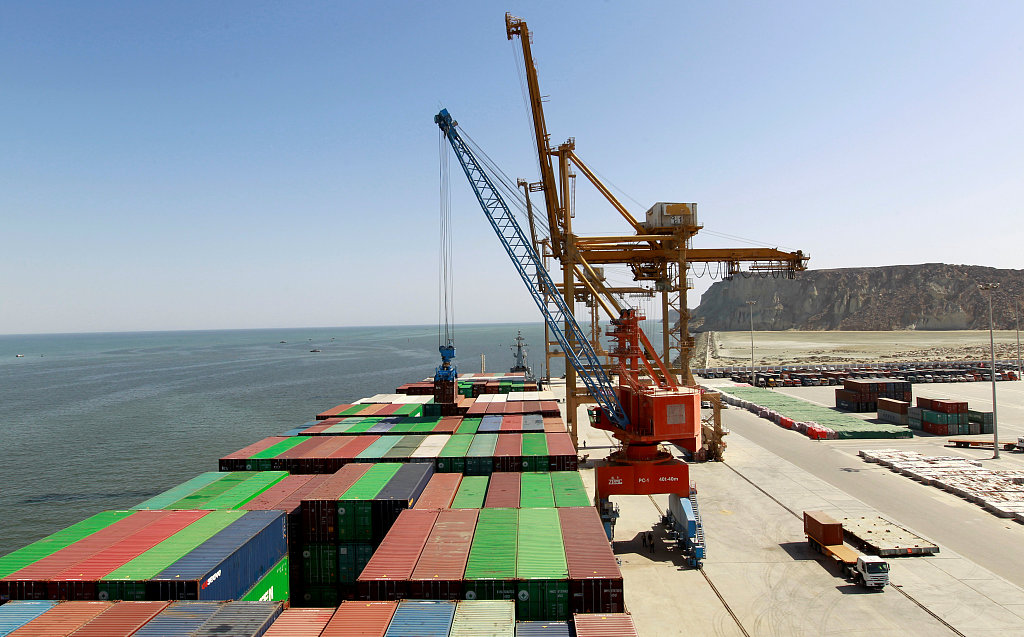 The Nov 13, 2016 file photo shows a container is loaded on to the Cosco Wellington, the first container ship to depart after the inauguration of the China Pakistan Economic Corridor port in Gwadar, Pakistan. (Photo: VCG)

Accusing CPEC of being a debt trap for Pakistan is only a failed attempt at a political trap for the public who are the real beneficiaries of this flagship project and guarantor of all weather strategic relationship. The misleading campaign against Chinese investment is another form of protectionism triggered by Western countries, however it is not affecting the smooth implementation of CPEC projects. The figures released by China and Pakistan about the huge amounts invested in CPEC projects have shown the reality to the world and proved the claims of the Western mindset false.

The government of Pakistan is committed to pursuing the strategic relationship with China to new heights. Pakistan has clarified that the country has only received $6 billion as a concessional loan under CPEC with the interest rate of 2.29 percent along with a grace period of seven years and a repayment period of 25 years.

As per the data released by the Pakistani Ministry of Finance, 18 percent of the foreign debt belongs to Paris Club and 42 percent of the external debt was taken from multilateral financial institutions. The loans received under the CPEC framework accounts to only 10 percent of the total foreign debt and it also offers lower interest rates than other commercial bank loans.

The same kind of figures were released by the Chinese embassy in Islamabad, who have reacted smoothly to the false and baseless claims of the Western mindset about the alleged debt trap for Pakistan regarding the CPEC framework.

Chinese Foreign Minister Wang Yi also explained the figures regarding debts further during his visit to Pakistan by stating that "47 percent of Pakistan's debt stemmed from the IMF and the Asian Development Bank (ADB).”

Pakistan has negotiated the projects with China under the CPEC framework as per its financial capability of handling the repayments. Both countries are very aware about the importance of their strategic relationship, which is vital for development, peace and stability of the region. The negotiated CPEC framework falls under the real vision of Chinese President Xi Jinping describing that all projects carried forward under the BRI reflect mutual and meaningful consultation for producing the win-win results.

The message originating from the BRI shows that China is the second largest economy of the world and will never support its partners who are already exploited by Western powers under the current global economic system.

As far as the implementation of CPEC projects is concerned, it has produced tangible results for Pakistan. If we look into the performance of Pakistan's GDP growth, than the country's GDP has increased at a noticeably steady rate of 2.5 percent after the implementation of CPEC. Propaganda of a debt trap comes at a time when CPEC has addressed the critical bottlenecks in energy and infrastructure and both nations have agreed to deepen the base of this initiative.

Besides this, more than 70,000 Pakistani citizens have been employed in CPEC projects and their real earning is learning Chinese work experience, which has become a symbol of progress, not only for China, but the whole world.

China and Pakistan should do their best by pushing forward the implementation of CPEC.

The author is a Pakistani journalist who graduated from China development studies from Renmin University of China. He is also a media fellow at the China South Asia and South East Asia press center.