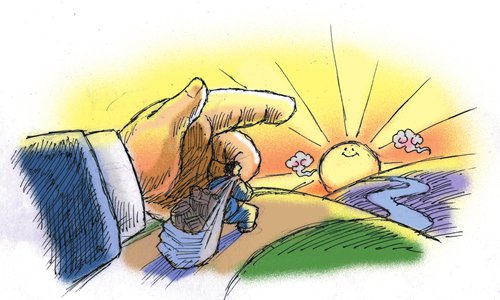 Formal China-Africa relations were established under the Forum on China-Africa Cooperation (FOCAC) in Beijing in 2000 to strengthen socio-economic development cooperation.
Nearly 20 years later, these ties continue to deepen and there is no doubt that China has invested billions of dollars in infrastructural support across the continent over the years.
In 2015 alone, Africa raised $83.4 billion for infrastructure and out of this over $20 billion came from China.
The role of effective and efficient infrastructure to accelerate economic development cannot be over-emphasized and China's investment has become increasingly visible in the form of modern highways, ports and railways.
The Belt and Road initiative is the most recent infrastructural revolutionary contribution from China involving more than 60 countries and covering regions that produce at least 40 percent of world output. The mega project seeks to re-establish ancient trading routes.
FOCAC is still the largest, effective and sustainable South-South cooperation and has served as a model of excellence, a lasting example that developing countries can be in a partnership of equals with other more developed countries.
As a result of the principle of mutual benefits as well as win-win results, just nine years into this formal cooperation, China had become Africa's largest trading partner in 2009. Statistics show that every year Africa-China trade is growing by 19 percent.
FOCAC has effectively demonstrated its capacity to catalyze and harness development in Africa and also in China.
In the first half of 2017 alone, the value of trade between the two partners was estimated to be $85 billion, within the same period in 2016, it was estimated to be $38 billion. The figures show that the value of trade doubled from one year to the next.
But as FOCAC's seventh meeting fast approaches in September in Beijing, there is a need to reinvent China-Africa cooperation for even better results.
This requires that Africa work even more closely with China to better articulate its needs, gaps and development challenges that the continent continues to face.
The sixth summit held in Johannesburg, South Africa, in 2015 resulted in China pledging $60 billion to industrialize the African continent.
Without a properly laid-out action plan responding to pillars of the economy that remain neglected across Africa, such significant financial support could come to naught.
One of the key commitments that emerged from the Johannesburg Summit is to strengthen communication, consultation and collaboration between the two partners.
This is an indication that opportunities for further dialogue exist to reinvent and re-engineer Africa's development agenda to also address other emerging challenges of the modern world.
There has been significant infrastructural overhaul across the continent and while infrastructure still remains a priority area of development and cooperative agenda between the two partners, other more pressing developmental needs are emerging.
For Africa to continue reaping sustainable benefits from its mutually beneficial relations with China, there is a need to understand the kind of areas where massive support is still needed.
Africa appears vague on its next development agenda, the main areas of priority being housing, food security, education and manufacturing, all areas that China has and continues to excel in.
Chinese experts can significantly provide clarity into these issues and even more importantly, China can direct its technical and financial assistance into facilitating the continent to improve capacities to deliver services and to improve growth in all these four sectors.
The eastern nation's engagement with Africa has always been clear and is well anchored within its strong foreign policies. However, the continent lacks an engagement policy with China. Beijing has continued to offer support based on areas of priority that have been articulated to them by Africa.
Experts are however concerned that there is a need for Africa to direct its energies in identifying the key areas that remain neglected and which can fortify socio-economic development.
There are concerns that because of failure to come up with a development roadmap informed by realities on the ground and development challenges facing Africa, the continent will remain unable to take advantage of the support at its disposal from China.
The need for a feasibility study to critically assess the socio-economic gaps that Africa currently faces is long overdue. Such a needs assessment will address many of these concerns.
Chinese experts can help African experts chart a way forward based on the roadmap they followed to become a fast growing developed country and to overcome many of the challenges Africa faces.
Because of a failure to do so, Africa might continue to follow the same beaten path as resources and technical support get diverted to areas that may not contribute to the growth of their economies in either significant or sustainable ways.