BANGKOK, Oct. 24 (Xinhua) -- An agreement on the project of a high-speed rail linking three airports in Thailand was signed here Thursday. 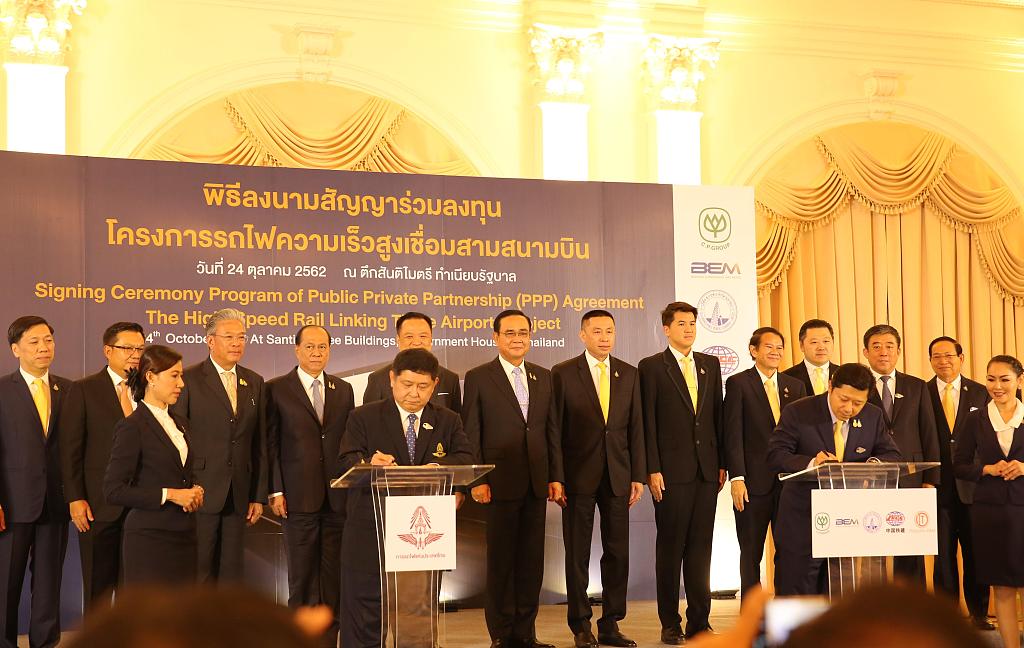 Prime Minister Prayut Chan-o-cha presided over the signing ceremony of the public-private partnership (PPP) agreement on the project between the State Railway of Thailand (SRT) and the winning consortium, led by Charoen Pokphand Holding Co. and consisting of China Railway Construction Corporation Limited (CRCC).

The rail project has set a precedent for a regional economic strategy to link China's Belt and Road Initiative (BRI) with EEC, said Chinese Ambassador to Thailand Lyu Jian who is present at the signing ceremony.

With the CRCC's contribution to the rail project, Thailand will be able to see China's potential in building railways that are state-of-art technology, said Chinese Ambassador Lyu Jian.

The new high-speed rail section will feature 181 km of elevated track, and some routes are expected to be operational in 2023.

Prayut said many jobs in the EEC region will be created, new cities along the railway will be built and the economy will prosper in areas around the railway stations.