Air China has launched direct flights between Beijing and Hanoi, the Vietnamese capital, with two new services to follow, as the nation's flag carrier looks to boost air links between China and countries involved in the Belt and Road Initiative. 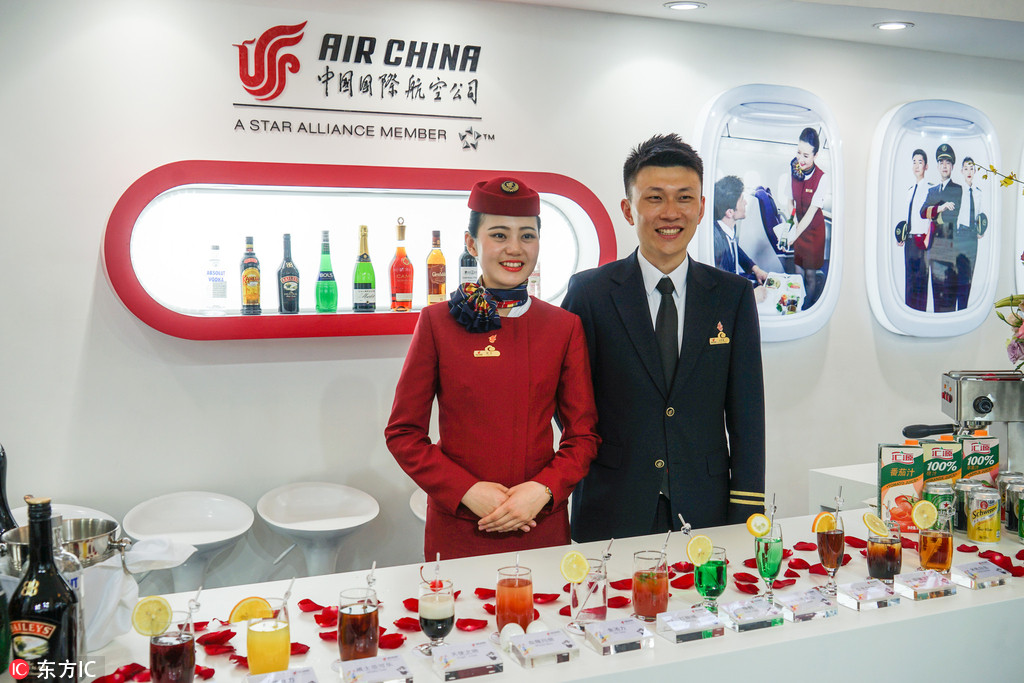 Chinese employees at an Air China stand during the first Exposition on China Indigenous Brands in Shanghai on May 10, 2018. (Photo: IC)

The Hanoi route opened on Friday, and next month services will be launched between Chengdu, the capital of Sichuan province, and London; and between Beijing and the Russian city of Irkutsk via Hulunbuir Hailar Airport in the Inner Mongolia autonomous region, the company said.

The airline had previously launched three other international flights this year linking China and countries involved in the Belt and Road Initiative: Hangzhou to Nha Trang, Vietnam; Chengdu to Bangkok, Thailand; and Beijing to Copenhagen, Denmark.

"The Belt and Road Initiative has provided opportunities and is a main driving force for Air China to build and expand our global air network," said Luo Yong, managing director of the carrier's marketing department.

As of last month, Air China had 29 air routes linking China and Europe, providing 296 services a week. The number of routes has increased by 50 percent and the number of weekly flights has grown by 80 percent compared with five years ago, when the initiative was first proposed by President Xi Jinping.

With the addition of the Beijing-Hanoi route, Air China now has 30 routes connecting China and the Asia-Pacific region, providing 352 services a week.

"The network covers 19 countries involved in the initiative and has had a positive impact on local communities," Luo said.

One Air China employee who has noticed growth is Hu Haitao, who used to work in the airline's Bangkok office.

"In 2012, the airline had only one route in Thailand, providing one or two services daily. But in 2018, we now offer 12 routes, providing 14 services every day," said Hu, now deputy head of Air China's office in Islamabad, capital of Pakistan.

The expanding network has also given local people employment opportunities.

Stanislaw Volker, from Duesseldorf, Germany, has been working for Air China since 2011. He started out as a sales representative and is now the key account supervisor in the airline's Duesseldorf office, serving VIP clients.

"The company is a great platform, allowing me to find and improve myself," said Volker, 34. "More Germans understand the company and China through me."

Volker, a fan and keen practitioner of Chinese comedic cross-talk, learned the language at university in Germany.