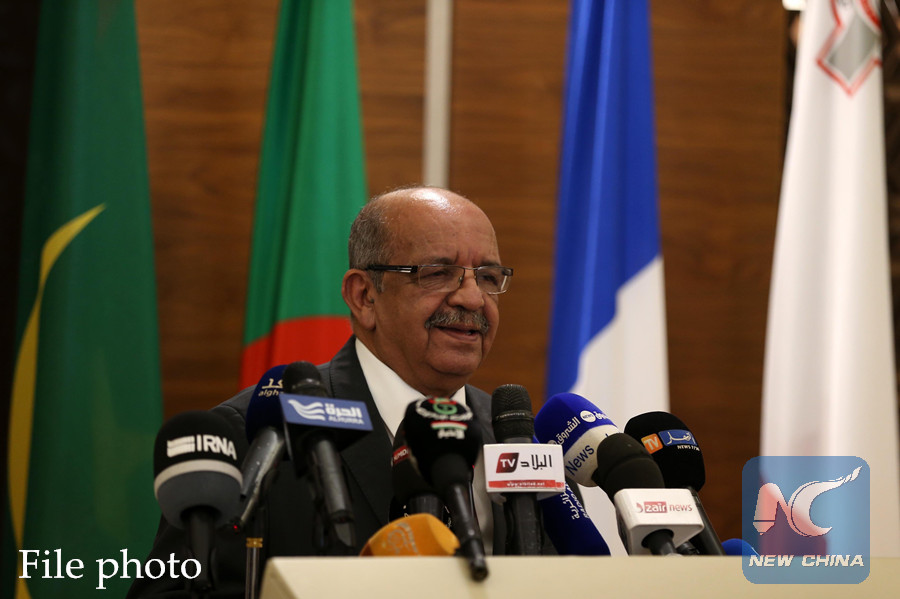 The China-Arab States Cooperation Forum has been an active and effective cooperating mechanism in consolidating the relations between the two sides, said Algerian Foreign Minister Abdelkader

The China-Arab States Cooperation Forum (CASCF) has been an active and effective cooperating mechanism in consolidating the relations between the two sides, said Algerian Foreign Minister

The top diplomat had an interview with Xinhua ahead of the forthcoming ministerial meeting of CASCF to be held in China next Tuesday, which is expected to discuss current crisis shaking up the Arab region.

Since its establishment in 2004, the forum has become a platform for consultation and political dialogues, which aims at establishing genuine Arab-Chinese economic partnership, the Algerian top diplomat said.

"The forthcoming meeting comes at a time when the Arab region is witnessing several security and political tensions and is facing a number of economic and development challenges," he said.\

The participants will discuss the situations in Syria, Yemen, Libya and occupied Palestine, as well as other international issues of mutual concern and means of enhancing bilateral cooperation, especially in

the fields of cultural exchange and humanitarian cooperation, he added.

"The meeting will allow us to draw up a roadmap to further develop bilateral partnership with China for the next two years in line with the aspirations of our peoples," he noted.

In addition, Messahel hailed the Sino-African relations, as the mega port of El Hamdania in Algeria, and the trans-Saharan road linking Algiers and Lagos will connect the Chinese market with the African

The two projects will attract investors towards the important logistics area of the Mediterranean and African regions, he added.

Moreover, the Algerian foreign minister lauded the development of ties between China and Algeria, especially in recent years.

In 2016, Algeria and China signed a framework agreement to develop bilateral relations in fields including manufacturing, resources and energy (gas and oil), mechanical industry, railway, iron and steel, as

The Sino-Algerian relations have witnessed fast growth since the establishment of the comprehensive strategic partnership in 2014, as China has become the largest trade partner of Algeria with exports

worth around 8 billion U.S. dollars to Algeria, said Messahel.

The two countries have also cooperated on multiple mega infrastructure projects across Algeria, he added.

"Space science and technology is another area in which China and Algeria have witnessed enhanced cooperation," said Messahel.

"The first Algerian satellite Alcomsat1 was launched from Chinese territory on Dec. 11, 2017, marking a milestone in the development of bilateral cooperation," he said.

He further pledged to facilitate visa procedures to attract more Chinese tourists, saying a Memorandum of Understanding (MoU) will be signed soon to encourage Chinese citizens to visit Algeria.

Talking about China-proposed Belt and Road Initiative, he said his country attaches great importance to boosting cooperation under the Belt and Road framework, and that Algeria expects to play a key role

in promoting the Sino-Arab cooperation.

The Belt and Road Initiative aims to build trade and infrastructure networks connecting Asia with Europe and Africa on and beyond the ancient Silk Road routes. It comprises the Silk Road Economic Belt

and the 21st-Century Maritime Silk Road.