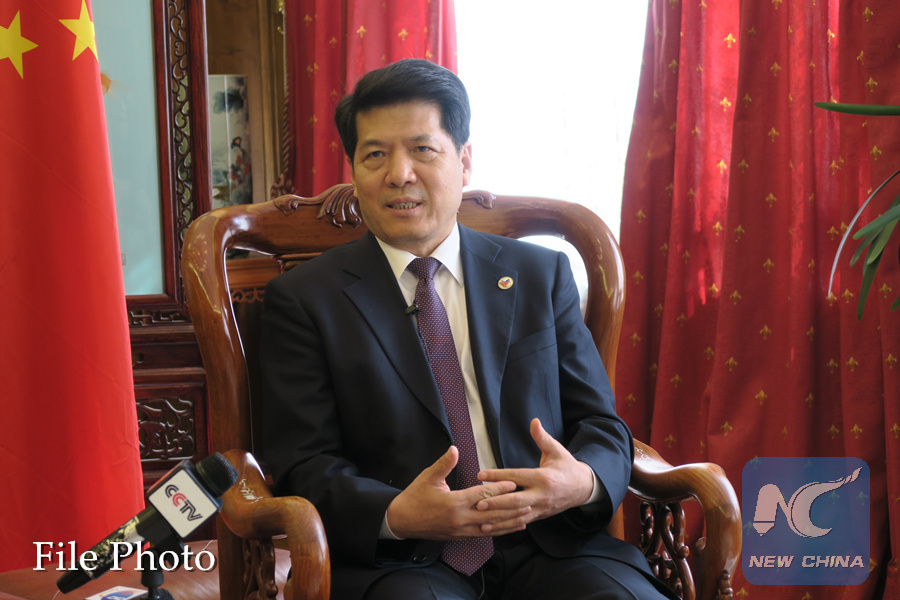 Economic and trade cooperation between China and Russia will continue to prosper under the leadership of the countries' presidents, Chinese Ambassador to Russia Li Hui told Xinhua in a recent interview.

At the invitation of Chinese President Xi Jinping, Russian President Vladimir Putin will pay a state visit to China this week and attend the 18th meeting of the Council of Heads of State of the Shanghai Cooperation Organization (SCO).

According to China's Ministry of Commerce, China-Russia trade increased nearly 30 percent year-on-year to 31.2 billion US dollars in the first four months of the year, while bilateral trade will possibly exceed 100 billion dollars in 2018.

"Economic and trade cooperation between China and Russia has rich contents and covers a wide range of fields. The two countries will cement the positive momentum of rapid growth in trade and boost mutual investment and cooperation in major projects of strategic significance," Li said.

On May 17, China and the Eurasia Economic Union (EAEU) signed an agreement on trade and economic cooperation, the first major systematic arrangement ever reached between the two sides.

China and the EAEU agreed to further simplify procedures of customs clearance and cut costs of trade in goods by strengthening cooperation and exchange of information.

"All of the EAEU members are important participants in the Belt and Road Initiative. Their economies are highly complementary with China's. China-EAEU cooperation has great potential and a bright future," Li said.

The Belt and Road Initiative, proposed by China in 2013, aims to build trade and infrastructure networks connecting Asia with Europe and Africa on and beyond the ancient Silk Road routes.

On Feb. 7, China and Russia launched the year of cooperation and exchanges between local governments.

Li said more than 100 events will be held within the framework of the year of cooperation and exchanges between local governments.

"They will boost enthusiasm for cooperation between local governments, tap cooperation potential, foster new growth areas, and give new impetus to the development of China-Russia relations," Li said.

India and Pakistan will participate as full members for the first time at the SCO summit in Qingdao, east China's Shandong Province.

The Chinese ambassador said the expansion of the SCO shows that the organization's global influence is increasing.

He said the "Shanghai Spirit," which features mutual trust, mutual benefit, equality, consultation, respect for cultural diversity and pursuit of common development, will be better disseminated and implemented.

The inclusion of India and Pakistan will also promote economic integration in the region and help maintain regional security and stability, Li said.