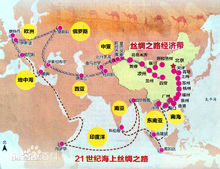 ROME, Oct. 2 (Xinhua) -- The opportunities and challenges of the China-proposed Belt and Road Initiative (BRI) could be more easily addressed if the European Union (EU) forges a common position on the development plan, experts highlighted here on Monday in a seminar.

"It is an initiative nobody can ignore, and it is interesting for any single country beyond the possible historical and geographical links to the ancient Silk Road," former Italian Prime Minister and Foreign Minister Paolo Gentiloni said.

"We need common investments and fair and free trade. This is our commitment, and I am convinced such commitment would be made easier by a common EU attitude to the BRI," he added.

Gathering at Rome-based Institute of International Affairs for the seminar "China's Belt and Road Initiative, 500 days after the 2017 Beijing summit," Chinese officials and analysts from Italy, France, Britian, Greece and Poland discussed the initiative's current state and prospects.

In May 2017, Beijing hosted the first-ever Belt and Road Forum for International Cooperation, which was attended by state and government leaders from nearly 30 countries.

"That Forum produced 279 projects at the time. Now, some 265 of those projects have entered the operational stage, with an implementation of over 96 percent," Chinese Ambassador to Italy Li Ruiyu said in his opening remarks.

Reporting on his country's experience with the BRI, Greek former Finance Minister and economist Giorgos Papakonstantinou agreed that a common EU approach would help its member states to address more comprehensively both opportunities and concerns related to the initiative.

"China came to Greece when nobody else would," Papakonstantinou stressed, referring to the large flow of Chinese investments to the country at the height of Greece's economic crisis.

The official mentioned the Piraeus Port, Greece's largest harbor, as one major example of these investments and a potential component of the BRI.

A part of the Piraeus port has in fact been under the management of Chinese shipping company China COSCO Shipping since 2009, thanks to a deal for a 35-year concession signed with Greek authorities.

Finally, the need for EU countries to develop a common framework to approach the Chinese initiative was highlighted by Francoise Nicolas, senior research fellow and director of the Center for Asian Studies with the French Institute of International Relations.