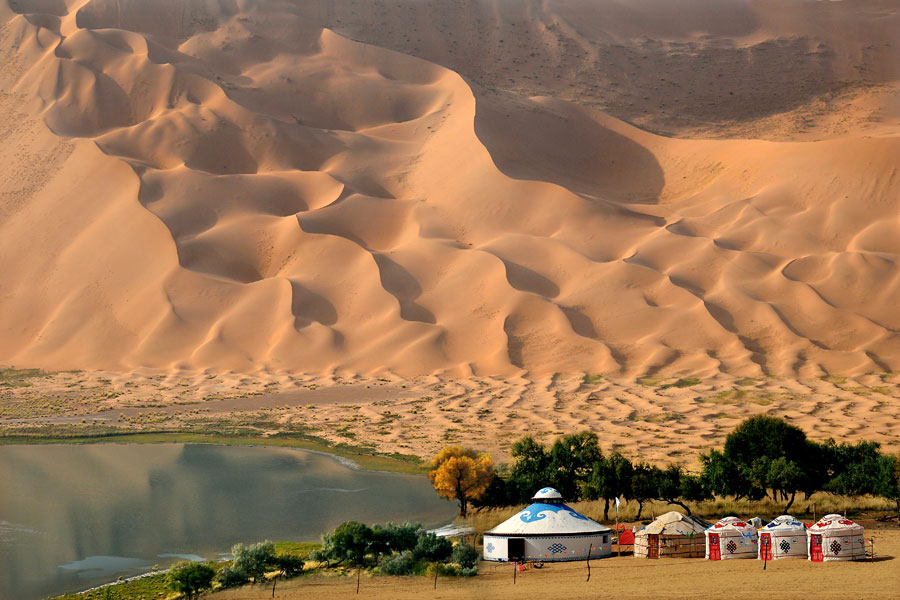 HOHHOT, March 4 (Xinhua) -- A total of 172 ancient rock paintings were found in a relic in Alxa League, northern China's Inner Mongolia Autonomous Region, according to the local cultural heritage administration.

The paintings, most of which were made by grinding and chiseling, date as far back as the period between the late Paleolithic Age and the Iron Age, at least 4,500 years ago.

The paintings were themed on animals such as sheep, horses, tigers and deers, as well as divine faces and figures, revealing the social life and spiritual beliefs of ancient clans on the grassland.

"Some of the rock paintings are very exquisite with high academic research value," said Jing Xueyi, director of the administration.