Annual beer spectacle in Serbia opens with hundreds of brands 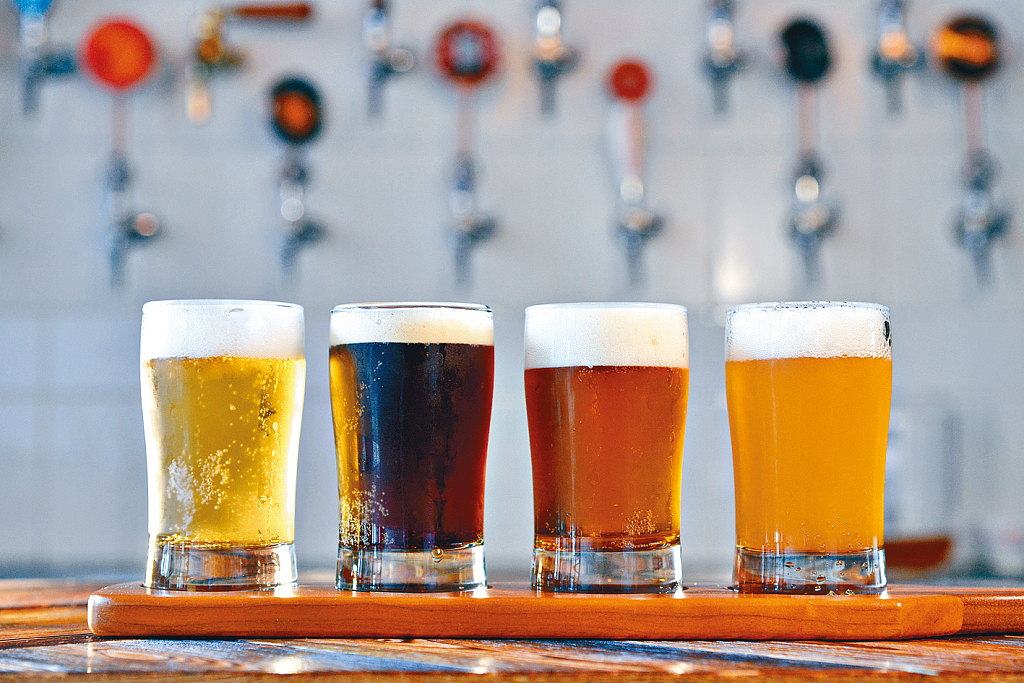 BELGRADE, Aug. 16 (Xinhua) -- Tens of thousands of visitors gathered at the confluence of Danube and Sava river in Belgrade to enjoy the variety of beer brands and musical performances of Belgrade Beer Fest that opened here on Thursday evening.

On the first day of the 17th Belgrade Beer Fest, the concerts at the main stage were opened by Serbian rock musician Dejan Cukic.

This year's edition hosted four stages. Besides the main stage intended for pop-rock stars, others are reserved for electronic music, demo bands, as well as alternative authors. In order to build up the atmosphere for masses of beer lovers, the line-up numbers some 100 performances, combining stars of Serbian and regional scene with upcoming talents.

As for the beer, visitors can opt between some 400 varieties that include both local and international brands, and more than 100 stands are scattered around the vast open space to quench their thirst.

The selection ranges from popular brands widely available in markets, to those produced by small local breweries, including lagers, pale ales, Indian pale ales, wheat beers, flavored beers and many other kinds.

More than 100 stands selling 400 brands of beer -- from famous international ones, traditional Serbian ones, as well as a wide variety of local craft beers whose production in recent years gained momentum around the country.

Around the venue fast-food restaurants lure beer-lovers with the local barbeque specialties -- such as "pljeskavica" burgers and sausages.

Organizers expect that around 500,000 visitors will visit the Belgrade Beer Fest this year, from Serbia, regional countries, but also from many other countries across the world.