The construction of a photovoltaic plant with Chinese technology and equipment is soon to be concluded in the northwestern province of Salta, some 1,400 km from the capital Buenos Aires. 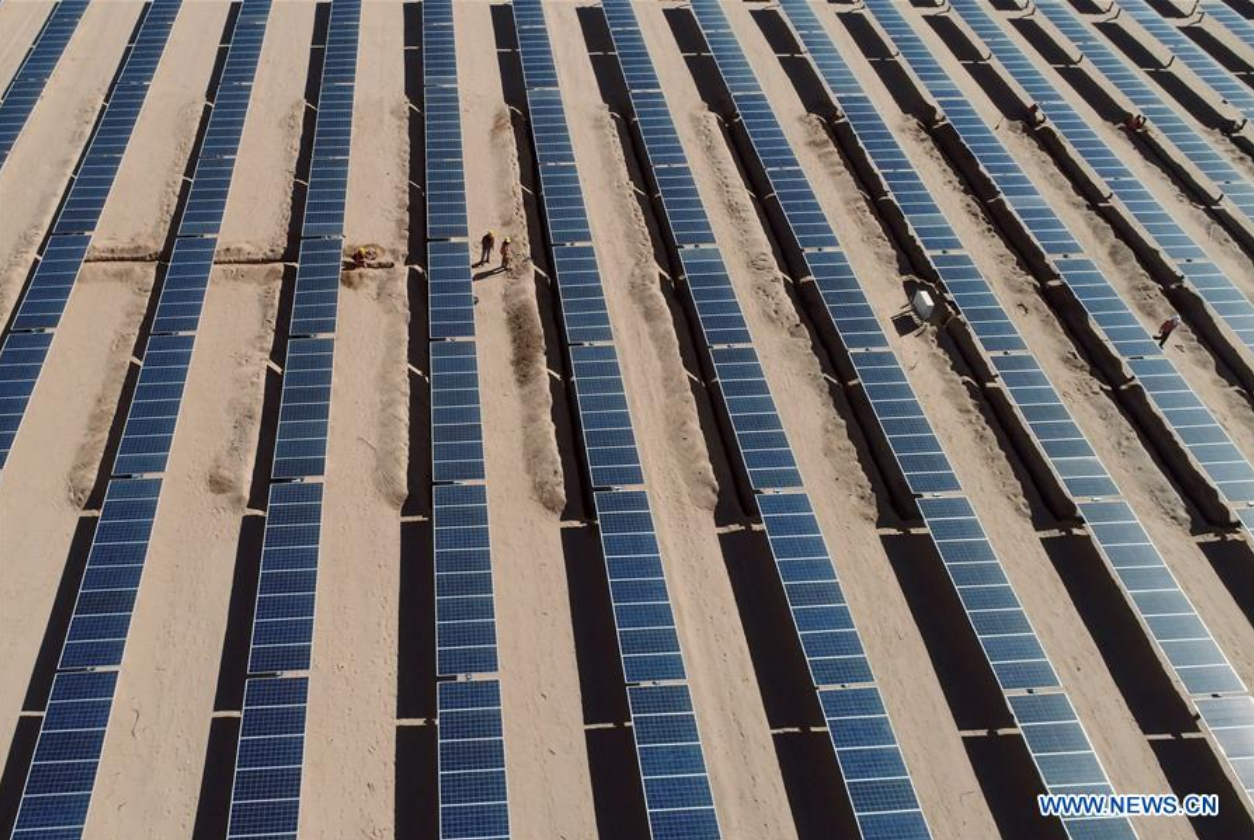 A view of a photovoltaic plant in the town of Cafayate, Salta province, Argentina. (Photo: Xinhua)

The project, being built in the town of Cafayate, is set to be finished by the end of this year, and will have the capacity to meet the energy demand of approximately 300,000 families.

The photovoltaic plant will be Argentina's second largest after Cauchari solar park, which is located in the neighboring province of Jujuy and the largest in South America.

Led by the company POWERCHINA Ltd., Cafayate's project seeks to support the energy supply in the country's northwest, where access to electricity is limited given the region's geographical conditions. It also aims to support other local power plants in facilitating industrial activities.

With at least 290,000 solar panels distributed in a 300-hectare surface, Cafayate's plant will have a generating capacity of 100 megawatts potentially directed for domestic use.

During an interview with Xinhua, Cafayate's Security and Environmental Officer Sebastian Lozano hailed the "cutting-edge technology" from China applied in the project.

He said that it contributes to greater electricity supply and strengthens the renewable energy development projects in the country.

"Normally, in Argentina, hydropower plants lead in energy production. These plants are located far away from the Argentinean northwest, because (here) there are very few water courses that can be used for that purpose," Lozano said.

"For that reason, it is very difficult and costly to bring electricity here from so far away, and that causes deficiencies in the energy supply," he said.

"One of the benefits of this project is that it is about the generation and production of very clean electric energy," Lozano stressed.

The project leader Eduardo Dequi explained that the solar panels, which are one-meter in width and two-meter in length, will operate a minimum number of ten hours a day. The solar park, meanwhile, will have a useful life of 25-30 years.

The solar park's construction began in Sept. 2018. Since then, a total of 3,000 jobs have been generated, and once finished, it is expected to employ about 20 people, mainly technical and professional workers from the sector.

China is also involved in the construction of other clean energy plants in Argentina, such as Cauchari's solar park and four wind farms located in the southern Chubut province in Patagonian Argentina.

According to its renewable energy law, Argentina has set the goal that 8 percent of the energy produced in the country will be from clean and renewable sources, an objective to which POWERCHINA Ltd. has contributed.

"I am convinced that the future of energy production is developing toward the use of clean natural resources. In this case, wind and solar power generation projects can lead us to reach this objective," Lozano said.