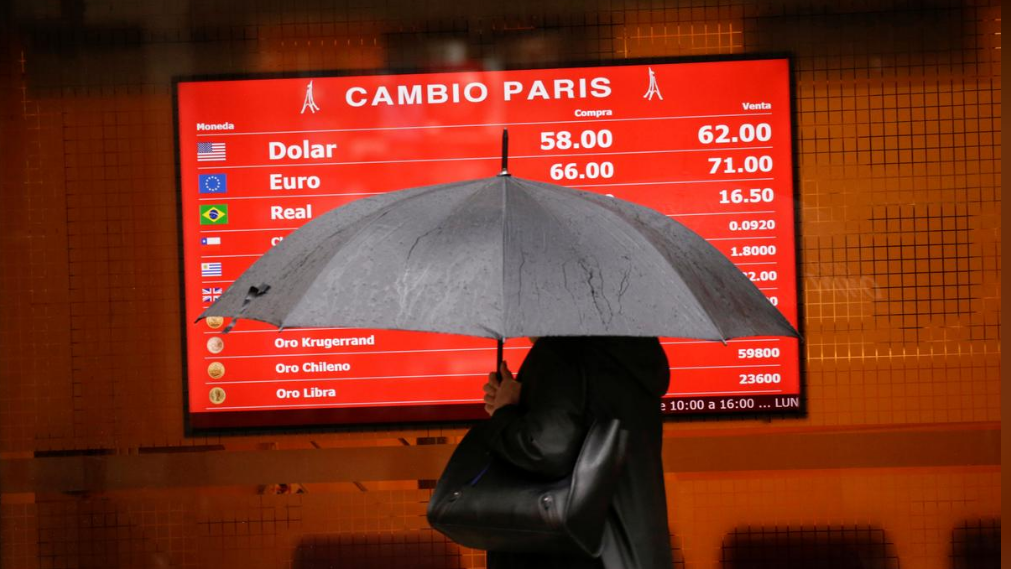 Argentina's peso closed stronger on Monday and its black market counterpart reversed course after hitting a record low in a day of tempered market reaction on the heels of victory by Peronist presidential candidate Alberto Fernandez in Sunday's election.

Argentine Treasury Minister Hernan Lacunza said the center-left Fernandez and incumbent Mauricio Macri had a "good dialogue" on Monday in a meeting at Casa Rosada initiated by Macri to discuss the new government's transition to power, a move that may have helped calm investors' nerves.
Lacunza also said in the afternoon press conference that October inflation would be lower than the 5.9 percent of September.
Argentina's markets are in the spotlight after the Sunday vote, which handed an outright victory to the country's Peronist opposition, who now face the daunting task of righting the country's economy and stabilizing markets.
The peso ARS=RASL closed 0.65 percent stronger at 59.60 per U.S. dollar after center-left Fernandez clenched victory over Macri in the presidential election and the central bank clamped down on dollar purchases.
Argentina's black market peso split away, weakening 1.95 percent to 77 per U.S. dollar, a record low before recovering to 73 per greenback.
Country risk, though, was on the rise all day, hitting 2,268 in the afternoon, reflected in a drop in over-the-counter bonds, which were down by an average of 1.6 percent.

Argentine officials tried to get in front of post-election market jitters on Monday by assuring Argentines that Macri's government would be working with Fernandez on a smooth transition.
Hours after the election, the central bank announced it would tighten a restriction on dollar purchasing to 200 U.S. dollars per month for individuals, down from 10,000 U.S. dollars a month, until December, when the new government will be in place.
Before local markets opened, central bank president Guido Sandleris acknowledged that the bank's new stricter dollar-purchasing limits would affect many people but vowed to do all possible to protect the bank's dwindling foreign reserves.
Markets will be closely watching for signals of Fernandez's approach to the country's relationship with the International Monetary Fund, which extended a 57 billion U.S. dollars line of credit to Argentina in 2018 but has been holding off on disbursing the latest tranche of funds.
"We look forward to engaging with (Fernandez's) administration to tackle Argentina's economic challenges and promote inclusive and sustainable growth that benefits all Argentines," IMF Managing Director Kristalina Georgieva tweeted on Monday.
Fernandez had around 48 percent of the vote to Macri's 40 percent – a wide enough margin to win outright but a far better result for conservative leader Macri than a landslide defeat in an August primary that sparked a market collapse.
The bank has spent about 22 billion U.S. dollars in its reserves to defend the peso since the August 11 primary, Sandleris said.