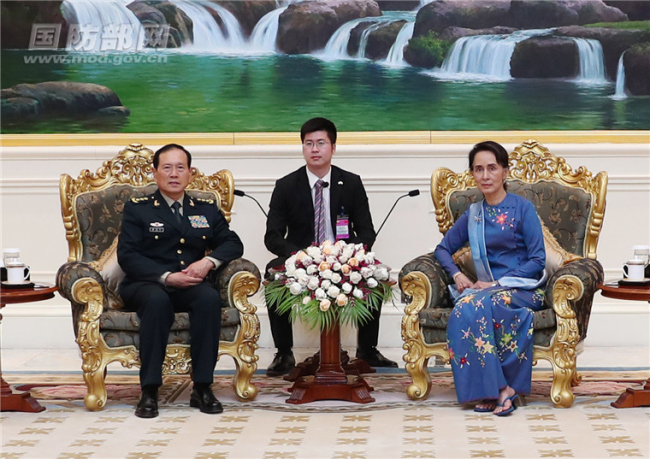 Wei said during the meeting on Friday that China and Myanmar as neighbors have long been witnessing a close friendly relationship.

In recent years, said the Chinese official, the comprehensive strategic cooperative partnership between the two sides has been further developed, under the guidance of Chinese President Xi Jinping and Myanmar's state counselor.

Wei said China is willing to enhance mutual strategic trust and is keen to see both countries continue supporting each other on issues of core interest.

The Chinese official also expressed wishes to boost the development of the Belt and Road Initiative to strengthen the pragmatic cooperation between the two militaries and jointly maintain peace and stability in the border areas.

She expressed gratitude to China for its firm support to Myanmar's economic development and peace process.

Myanmar hopes to maintain close communication with China, take part in the Belt and Road Initiative cooperation, maintain the border stability and keep the momentum for development of bilateral relations, said the Myanmar state counselor.