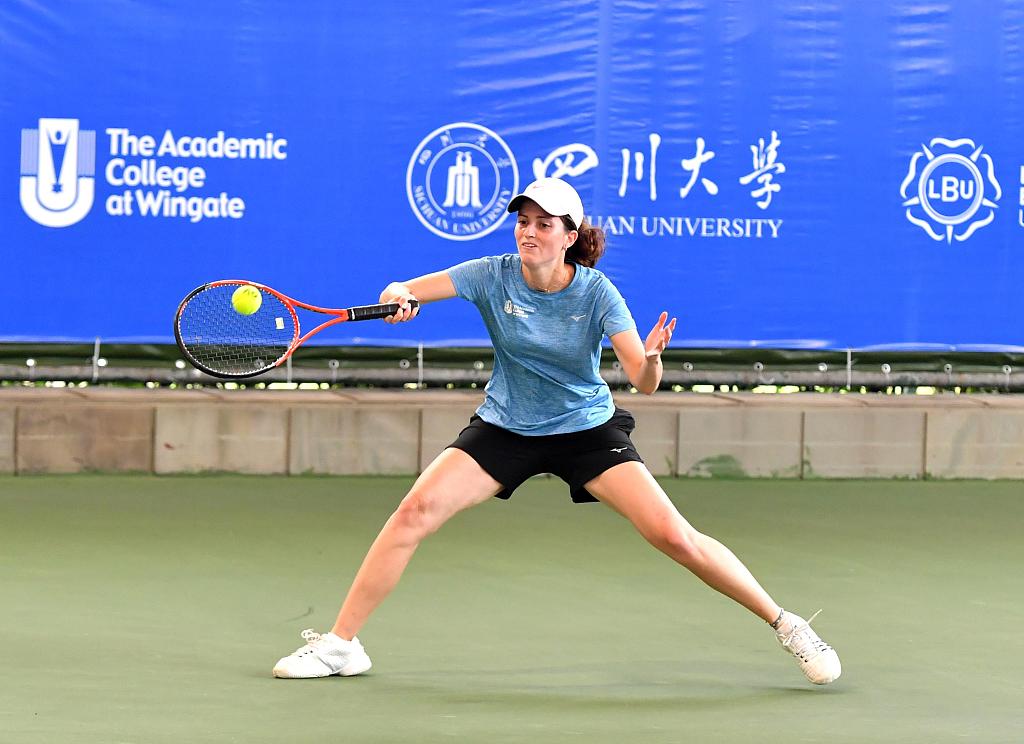 In the province to take on seven other university teams hailing from China, Japan, Singapore, Britain and Israel, the six-day round-robin style competition will see the winning squad handed an all-expenses paid trip to the Australian Open in 2020.

"It is fantastic to see China pushing tennis. The level of players is growing," Josh Barrenechea, the University of Queensland's head coach told Xinhua recently.

"The competition is very high level -- matches have been tough and well fought out," Barrenechea said, referring to the match-ups on Thursday with China's Shanghai Jiao Tong University, which the Australian side won 4-1.

But while its all business for the Aussie team, Barrenechea said the squad have had a chance to do some sightseeing.

"We have had one player who's been to China before, but for the rest of the team it is their first time so everyone was extremely excited to come to Chengdu," he said.

"We have eaten in a few local restaurants, seen the pandas and would like to go to some food markets."

"The team loves Chengdu, we have been shown great hospitality by organisers of this event and the local people," he added.

Although Chengdu is widely known as a transport hub and a center for science, technology, commerce, trade and finance, the city is also a favourite of tourists for its spicy food and status as the Panda capital of China.

Only the second time Chengdu has held the tournament, the competition began in partnership with Tennis Australia to showcase the Chinese city's vibrant sports-loving culture.

The tournament is set to wrap up on July 7.