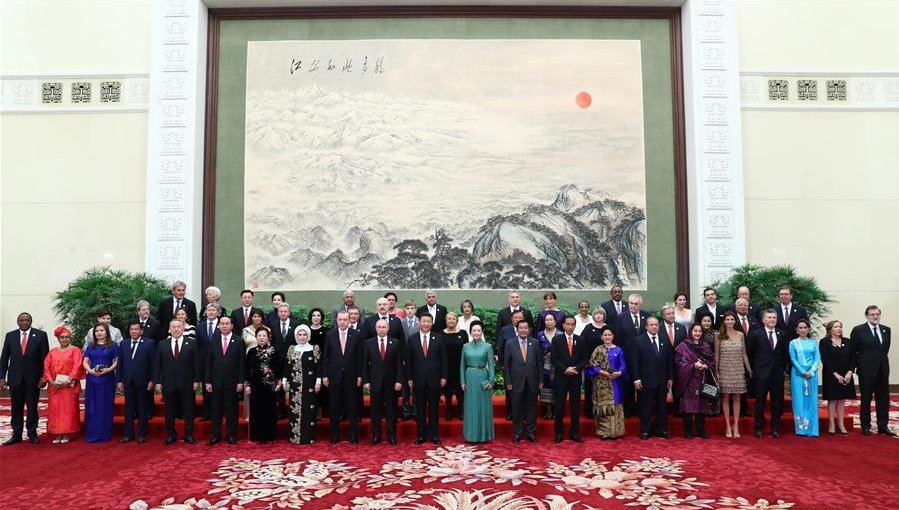 Chinese President Xi Jinping, his wife Peng Liyuan and other distinguished guests of the Belt and Road Forum (BRF) for International Cooperation pose for a group photo before a welcome banquet in Beijing, capital of China, May 14, 2017. (Photo: Xinhua)

After five years of rapid development, the Belt and Road Initiative is creating a new path for both China and the world.

The construction of the B&R Initiative has proven fruitful, taking the lead in the world in the volume of foreign trade and optimization of overseas investment.

China will work toward building major international corridors and deepen cooperation on streamlining customs clearances in markets related with the B&R Initiative, and expand industrial capacity cooperation with other countries, said Li.

Breakthroughs were made in economic and trade cooperation between China and other countries along the routes, whose trade reaching $1.1 trillion. Investments continue to expand, and a number of infrastructure projects such as railways, roads and ports have been completed.

Cooperation efforts were also made the field of energy and manufacturing. 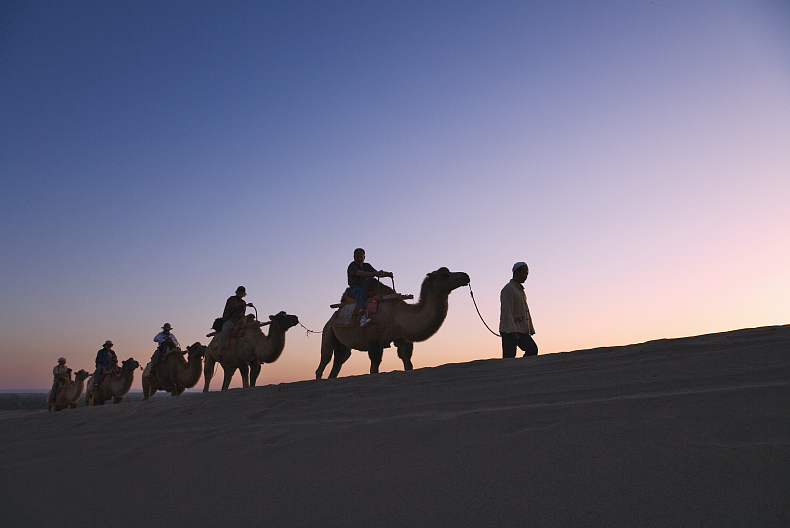 China has helped set up 75 business cooperation zones in countries along the routes, with a total investment of more than $60 billion.

But it hasn't always been smooth sailing for new things. The outside world has voiced doubts about the B&R Initiative in terms of environment, labor standards, debt, transparency, government procurement and social responsibility during the past five years. President Xi pointedly put forward the concept of the Green Silk Road and the Road with High Ethical Standards, which greatly enhanced the world's confidence in B&R. Also, the Belt and Road itself has clarified misunderstandings with facts.

For example, the so-called "debt problem" that the Western media stirs up is actually a false proposition. Investments tend to increase the debt ratio, but the key is whether the investment-generated assets can provide support for economic and social development. China has constructed high-speed railways of more than 20,000 kilometers in the past 10 years. Although it has caused a certain amount of debt, the high-speed railways have shown a significant spillover effect of optimizing the industrial layout along the route, driving the development of tourism and real estate industry, promoting poverty alleviation, and boosting economic development and social progress. In the early days of reform and opening-up, China had borrowed heavily from the World Bank and the Asian Development Bank, which allowed China’s economy to take off quickly and did not cause a debt refunding crisis. This principle also applies to the B&R construction.

Also, some Western countries have a very narrow understanding of B&R, either seeing it as a renaissance of the ancient Silk Road or simply treating it as an infrastructure project and lacking a deep understanding of five types of connectivity. Some countries are concerned that B&R does not conform with the existing standards and rules, and they worry about damaging their own interests and shaking the international system. In fact, B&R is open, inclusive and transparent. China will not and does not need to overthrow Western rules and set up another international system.

In the face of facts and opportunities, a growing number of Western countries like Britain and France are getting involved in the B&R Initiative. Japan has also been paying close attention to the related issues. China welcomes Japan's participation in B&R and hopes to work with Japan to fulfill further cooperation under the B&R framework. B&R requires the participation of Western developed countries, and Western countries also need B&R. China and other countries need each other in the initiative.

A Chinese saying goes that everything is hard at the beginning. We should continue to promote the development of the B&R Initiative to achieve a better future.

The author is professor from School of International Studies of China's Renmin University.