BEIJING, April 12 (Xinhua) -- Bank of China (BOC), one of the country's major commercial lenders, has issued $3.8 billion worth of multi-currency bonds to raise low-cost funding for medium and long-term projects related to the Belt and Road Initiative (BRI), China Daily reported Friday. 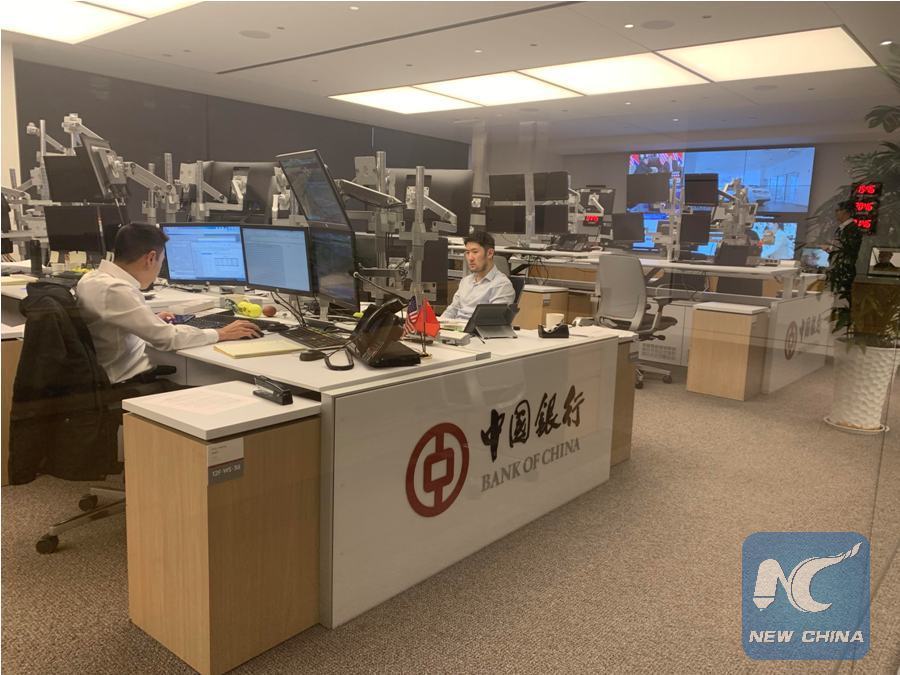 Eight types of bonds were issued in five currencies, which are the US dollar, the euro, the renminbi, the Hong Kong dollar and Macao pataca, by BOC branches in Luxembourg, Frankfurt, Sydney, Hong Kong and Macao.

As the country's fourth-largest commercial lender by assets, BOC has issued BRI themed bonds five times in seven currencies since 2015, with a total value of $14.6 billion.

"The interest of international investors, especially European investors, in BRI themed bonds has grown significantly in the past few years," Liu Xinqun, general manager of the treasury department at BOC, was quoted as saying.

European investors accounted for 83 percent of the investors for the euro-denominated bonds issued in the latest round, up 47 percentage points from the first issuance in 2015.

Compared to previous issuances, investors paid more attention to the bank's BRI related projects in terms of non-performing loan ratios, return on investment, geographical distribution and major directions of investment, according to Liu.

"Nowadays, investors are more willing to have a deeper understanding of the Belt and Road Initiative," Liu added.