Belt and Road: a new path for global governance reform

In September and October 2013, China's President Xi Jinping proposed the construction of the "Silk Road Economic Belt" and the "21st Century Maritime Silk Road" initiative during visits to Kazakhstan and Indonesia. At a symposium held in Beijing to mark the fifth anniversary of the start of the Belt and Road Initiative, President Xi said that the construction of the Belt and Road accords with the need to reform the global governance system. He also spoke about its importance in terms of building a sense of community among nations in times of difficulty, in which rights are shared and obligations are mutually shouldered. And it has provided new ideas and solutions that are helping to drive the reform of the global governance system. 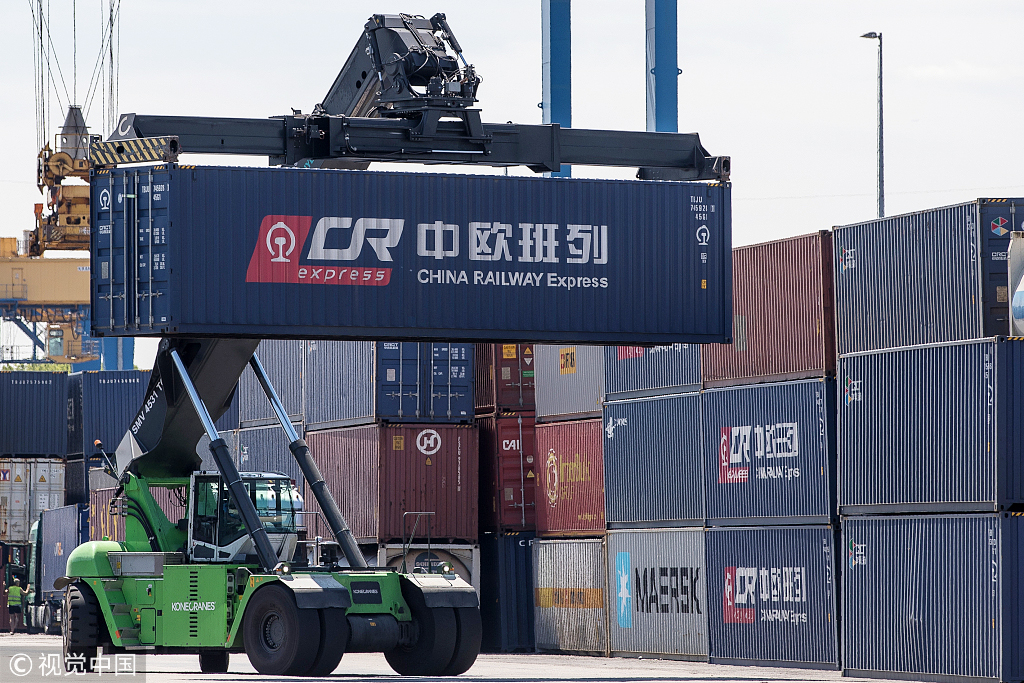 Containers from China are carried at terminal in the Duisburg port on July 16, 2018 in Duisburg, Germany. (Photo: VCG)

The Belt and Road Initiative is significant not only because it promotes economic cooperation between China and the world, but also because it promotes the transformation of the global governance system. When it was first put forward five years ago, it was hard to see the tremendous value that it could offer the world. Today, more than 100 countries and international organizations around the world actively support and participate in the construction of the Belt and Road. The accumulated volume of trade between China and Belt and Road countries exceeds $5 trillion. Linked foreign direct investment exceeds $60 billion. And investment from China has created more than 200,000 jobs in participating countries.

Martin Jacques, a professor at the University of Cambridge, said that many countries have jumped on board the initiative because "They see China offering them a new kind of possibility", namely the opportunity for global governance reform through the new concept of achieving shared growth through discussion and collaboration. With the global trade disputes heating up and tariff barriers rising, economic globalization and the multilateral trading system are facing a counter-current, and traditional governance concepts and practices have struggled to meet the needs of the changing international political and economic landscape. But more than that, our traditional approach is inadequate when it comes to addressing the big questions of how we are to solve the deficit in peace, development, and progress in human society.

The philosophy underlying the Belt and Road Initiative contains the essence of how we can work towards addressing these big questions. A fundamental of modern global governance is the value of equality, which is achieved through collaboration and negotiation. A vast number of developing countries have strong demands for accelerating industrialization and urbanization, and achieving economic independence and national rejuvenation. But Western countries have dominated the formulation of the rules of international governance through institutions such as the International Monetary Fund and the World Bank. The result is that it has been difficult for many developing countries to obtain sufficient developmental support.

By launching the Belt and Road Initiative, and establishing the Asian Infrastructure Investment Bank and the Silk Road Fund, China hopes to spur development in the participating countries in a way that allows them to enjoy equal say and a sense of self-determination by decentralizing global governance and breaking the world's monopoly on power. 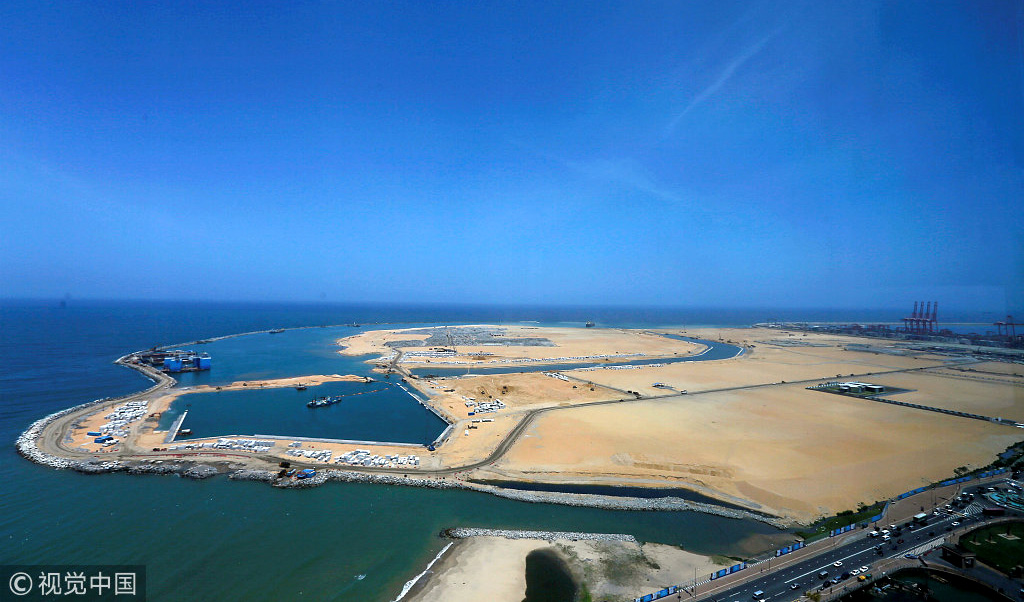 A general view of Colombo Port City construction site, which is backed by Chinese investment, in Colombo, Sri Lanka, on August 23, 2018. (Photo: VCG)

Over the past five years, the Belt and Road Initiative has proved itself through practice to be a wide and open community of nations. President Xi has repeatedly stressed, it is not a closed member's club, or a "Chinese club". It has achieved policy integrations with the Eurasian Economic Union proposed by Russia, the "Master Plan on ASEAN Connectivity", Britain's "Northern Powerhouse" proposal to boost economic growth in the north of England, Saudi Arabia's "Vision 2030", and the European Union "Infrastructure Investment Plan". The major international cooperation projects such as the Port of Piraeus in Greece, the China-Myanmar Oil and Gas Pipeline, and the China-Belarus Industrial Park not only bring tangible benefits to China and the countries directly involved, but also to the countries and people further afield along the Belt and Road.

As President Xi Jinping has made clear, the Belt and Road started in China, but its opportunities and achievements belong to the world. In his recent speech, Xi Jinping particularly emphasized that it is necessary to make sure that the Belt and Road Initiative will go deeper and more solid, and pay attention to the implementation of livelihood projects that offer timely help, meet urgent needs and benefit local people. The purpose is to maximize the benefits of countries along the route. This is obviously a complete abandonment of zero-sum game thinking.

In the past five years, the construction of the Belt and Road Initiative promoted global economic cooperation. But more than that, it has seen the start of the process of improvement of the global governance system. As long as the Belt and Road Initiative continues to deliver high-quality projects with tangible value, and that all of the participants continue to work together in the spirit of achieving shared growth through discussion and collaboration, it will continue to inject vitality into the project of improving the global governance system.